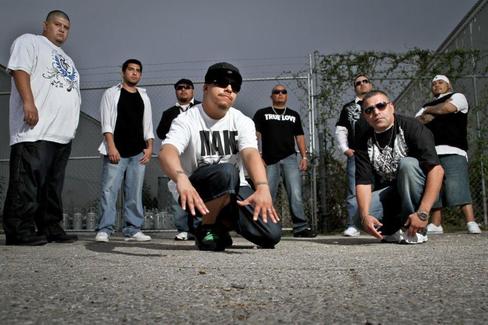 Cumbia has never seen an explosion like the one Cinco Doce is bringing in 2014. Preparing to take their music to a whole new level, Cinco Doce is setting the bar once again. With new music on the horizon, they promise to release songs that will electrify every crowd and have dance floors from California to Florida packed. 2014 has Cinco Doce slated to take a National Stage and will be filled with shows that will not disappoint.

Being recognized as MTV Tr3s “EL Headliner” in 2012, Cinco Doce has taken this success and capitalized on every opportunity possible these past 2 years. They have partnered with a Grammy Award winning engineer, Paul Soroski to bring out the quality in their music, and guarantee you will not be disappointed with what you hear! Cinco Doce blends Hip Hop Beats, Rap Vocals and R&B Harmonies on a cumbia rhythm, which truly sets Cinco Doce apart from anyone in their genre coining them as the originators of Urban Cumbia!

Here are a few reviews about their music:

“Cinco Doce has worked very hard to put together a great stage show, a unique sound, and a hip, urban-inspired image, which has gained them a loyal following"- Piper LeMoine, Austin Vida

"If you enjoy catchy lyrics and unique danceable beats, make sure to catch one of their unforgettable shows" - Ikam Acosta, Blogamole

If Cinco Doce is in your area, drop what you are doing and rearrange your plans, cause trust us YOU DO NOT WANT TO MISS THEIR SHOW!!