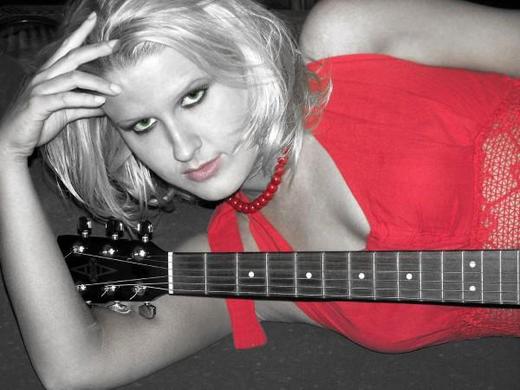 Stylistically speaking, Crista Lynn’s voice is a distinctive, rare combination of under-stated tone and edgy texture that is reminiscent  of female country artists like Patsy Cline, Reba McIntyre and Miranda Lambert. From the interpretative standpoint, Crista Lynn wrings every ounce of lyrical emotion out of a song, whether a delicate love-ballad or fun up-tempo romp with fiddle and guitars blazing. The consummate entertainer, Crista Lynn can best be described in one word……engaging. At first, her inherent ability to own the stage arrests the audience’s attention. Then drawing upon her skills as Crista Lynn she incorporates just-the-right choreography into every stage performance in a manner that virtually “draws” the audience onstage with her. Whether in the studio or onstage, it is clearly evident, Crista Lynn has an almost reverent-like respect for the traditions of country music. Unlike many of today’s “here today gone tomorrow” female artists, Crista Lynn works incessantly at keeping her music true to the tradition and real to the people. She accomplishes this by ensuring that each song in her vast 200 plus song repertoire is more meaningful than those repetitive “ditties” all too common on country radio today. Always the laid-back realist, Crista Lynn knows that the road to stardom can be as long as the gravel roads she grew up in Georgia. But her determined spirit, strong faith and enviable work ethic make her confident that her place in the spotlight is inevitable. Upon hearing her voice and watching her perform only once. It is indeed inevitable that Crista Lynn is destined to leave a lasting musical legacy in the hearts and minds of country music lovers everywhere. Crista Lynn released her first self-titled album in 2003, that left fans craving more, leading Crista Lynn to release two more albums in the following two years titled ,”Somedays” and “Every Angel In Heaven”. These albums put Crista Lynn in high demand all over the southeast leading her to perform at nearly 200 plus venues yearly, from festivals, to openings, to good ole’ honky tonks. In 2005 Crista Lynn took the place of Tammy Wynette in being chosen as the youngest ever grand marshall of the well-known ‘Rose Parade’ in Thomasville, Georgia.  In 2007 Crista Lynn released her fourth album titled, “A Satisfied Me” that took on a life of its own, earning Crista Lynn Georgia’s 2008 Album of the Year, Georgia’s 2008 Song of the Year and her most prized title Georgia Entertainer of the Year. She later went on to make it to the third round of audition picks on American Idol, the second round on Nashville Star and the second round on America’s Got Talent. Crista Lynn released a single in 2009 produced by the infamous Jan Smith who has worked with legends such as Usher, Wynonna, Sugarland and Justin Beiber titled, “Pushin’”. Crista Lynn will release her 6th album in March 2013 titled, “Free To Be Me” and is currently nominated for Georgia’s 2013 Country Female Artist of the Year. For more information visit her website CristaLynn.com.