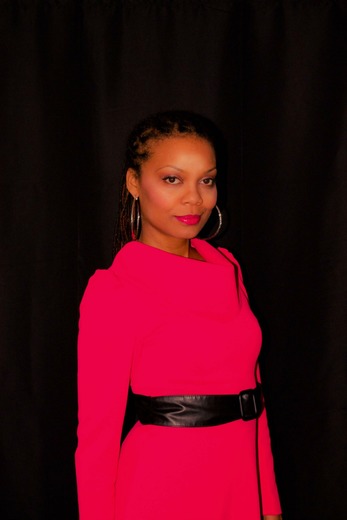 Fact: Music lovers are passionate about their favorites. We fall in love with an artist and rarely turn our backs on them. We typically can recall when we first laid ears on our favorite CD, where we were in our lives, and there’s always some special memory attached to our favorite songs. Dana Parker along with her band, The Challenge, evokes those feelings with a thrilling mix of R&B, Hip-Hop and Rock.

Hardly a newcomer, Parker, from the metropolitan DC area, has been performing since the age of 4, the age she taught herself to play piano by ear. Having studied ballet, tap, jazz and point, she became a member of Howard University’s Children’s Theatre at age 10 performing in plays throughout the country. Her first recording contract came at age 13, signing to Michael Bivins’ Biv10/Motown records in a girl group then called "Tomboyy." It was through Bivins she received her first publishing opportunity performing and writing lyrics on his compilation album “All-4-1-4-All,” which included the renowned group Boyz II Men. Later, Parker was a spokes model for Clairol’s Textures and Tones line of hair care products. Her final experience with the traditional music business was a recording contract with Warner Brother’s Records, but due to the changing climate she was dropped before she could complete an album.

With the ups and downs of her tumultuous career coupled with the trials of life, Dana fell into a deep depression that she kept from everyone around her. She was not a stranger to being, shall we say, at her lowest, yet there was something that kept her chin up. You guessed it. Music.

Dana poured her emotions into expressive lyrics and soulful music production. Notebooks of songs came out of her depression, and judging by the sound of her sweet yet sultry voice over the wicked sound of melodic chords and heavy guitar, there is no secret she was hurting. Writing proved therapeutic and Dana eventually returned to the music scene with a new lease on life. But it became very important that she showcase the songs that brought so much emotion to her heart during her lowest of times. Dana Parker’s music takes you on a twisted, eclectic, and sometimes dark road of what a person can feel when deeply depressed. She also offers guidance on self-therapy and is living proof there is a way out.

The songs are demanding and her voice bellows in a style reminiscent of contemporary rhythm and blues, but Dana felt R&B and related genres just didn’t fit her style. Hard Rock had the drive and vigor she wanted but wasn’t a good match for her voice. So, she decided to step away from the norm and combine genres to create a unique sound. Parker enlisted the help of 5 of the District’s most talented musicians to see her vision come to light. It was a match made in heaven. Their stage presence is killer, and the new sound is just as intriguing. The songs, the lyrics, the voice, the band. It makes musical sense that Dana is Rock-R&B.

You don’t come across such a gem often. Dana Parker is everything you want in an artist, and it’s hard not to want more. Let her take you with her. Let go. And…

Love. Harder. This is where R&B rocks.