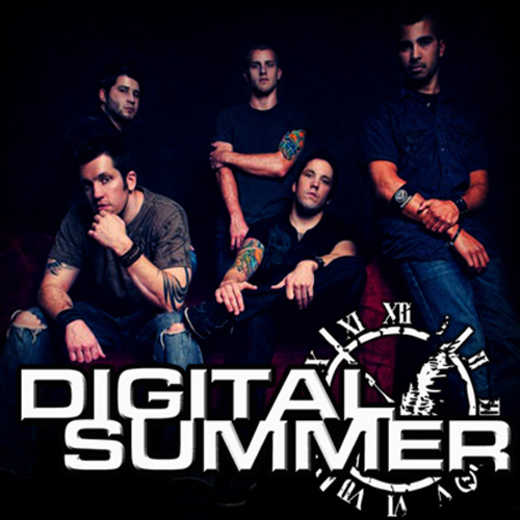 
Although unsigned (by choice), Digital Summer has had 4 sin
gles in rotational play on major market radio (SiriusXM Octane 20, 98Kupd AZ, Rock1061 GA, Banana1015 MI…just to name a few), “Whatever it takes”, "Disconnect”, “Just Run” and the current single “Hostage” have been among the top requested songs on each station. “Just Run” was #1 in rotation per research on 98Kupd for over seven weeks straight

Aside from sharing the stage with bands like Alice in Chains, Godsmack, Deftones, Disturbed, Five Finger Death Punch, Theory of a Dead Man and many more, Digital Summer has also toured nationally with Sevendust, Drowning Pool, 10 Years and Saliva. While touring they received an overwhelming response and even out sold the headliner in merchandise on several occasions (Dates listed below). Digital Summer has been featured in multiple publications and gained an enormous amount of press, including making the cover of the Phoenix New Times for not only their live show, but their noticeably insane work ethic