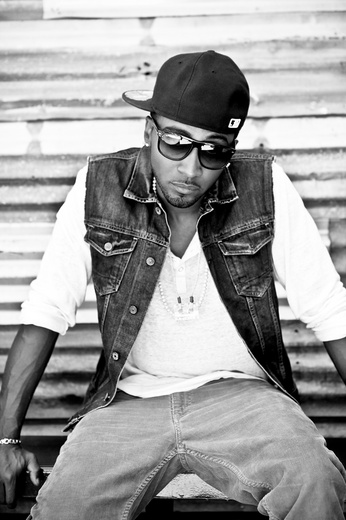 It all started when his mom took him to a Garth Brooks concert at the age of ten years old. The excitement, the lights, applause, the music, the entire ambiance had him hooked…he knew that being a singer/songwriter was what he was born to do. He didn’t necessarily know how he was going to do it, but he knew that he was definitely going after it.

Dott Richey, known to his friends as “Dott,” hails from that “City in the wind”, Chicago, IL. Having family members who at one point in their lives were heavily into the music scene on both the creative and business side helped Dott Richey develop into becoming one of Chicago’s brightest young male performers in recent years. A member of the popular hip hop crew KoStarz, Dott Richey decided it was time to develop an identity outside of the group persona. Though he and his Kostarz crew remain family, Dott Richey has devoted this year strictly on developing his sound, and reaching beyond the boundaries of his hometown to pursue his craft. “I love my city, but I recognize that there is more for me to learn and the best way to get that experience is to step outside of my comfort zone to get it.”

Summer 2011 found Dott Richey in the “City of Angels” LosAngeles, CA., where he met with his high school basketball coach and former NBA All-Star Craig Hodges as well as recording in the studio with Meta World Peace aka Ron Artest of the Los Angeles Lakers. Both Craig and Meta World Peace gave Dott Richey the thumbs up once they heard him sing a couple of joints he wrote and produced. As part of his artist development, both Craig and Meta World Peace afforded Dott Richey the opportunity to write for and collaborate with artists within their respective camps. Dott performed and continued networking on the west coast until he returned home late fall. Dott took on a part-time job and began performing as often as he could on the local scene. Since then, many of Chicago’s up and coming artists and producers are requesting Dott Richey to collaborate on projects they have in development. Dott Richey spends a great deal of his waking hours either in the studio writing or networking with like-minded artists and music business professionals.

Dott Richey says that majority of his music is written with the ladies in mind as reflected in the tightly executed compositions “Eden”, “The Temptations”, “Lies” and “Murderer.”  Dott Richey’s clever storytelling and vocal prowess are sensuous and blended with the richness of the old school and the edginess of contemporary Pop/R&B. Dott Richey fully commits his brand of authenticity within his vocal arrangements that are undeniably fit for the ears of listeners everywhere.