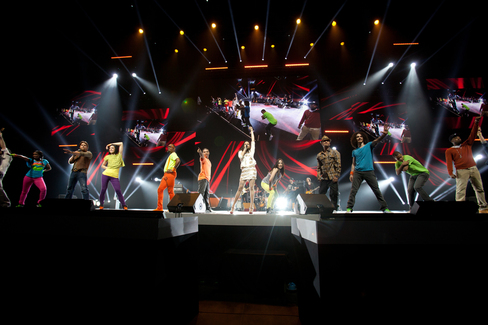 About KINGS OF FLOW

Carlos Ilich Talavera (born July 22, 1982 in Managua, Nicaragua), known in the artistic and cultural world as El Flow, is a singer, songwriter and producer of Nicaraguan Urban, and Latin Music in general. He is known for writing songs based on personal experiences and individual and social realities He is one of the pioneers and one of the most influential MC's in Nicaragua.

artists write their songs so that their fans can relate to them. El Flow doesn't come right out and say what he writes music about so that everyone could relate and say "this reminds me of..." or "when i hear this song, i think of..." Flow has things that he writes his songs about, but it means many things to many people. so, take this artist as you will, just realize that this is an awesome band.