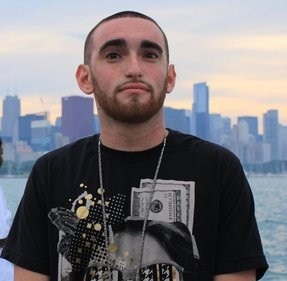 Alex "Ivry" Smith was born on March 23rd, 1990 in Louisville, Kentucky. While growing up he was told many stories of his family, who were apart of the entertainment business. Ivry has always had a passion for music, and started writing his own at the age of 12. At age 14, Ivry got signed to a local record label called, "80's Baby, Inc." with Rodricuz "YG" Hines and Spill Will.... After learning a great deal from them Ivry went solo in order to really find himself. At age 17, Lotto Clic was formed (Ivry, Doc Sus, and Dominoes) which greatly broadened his creative abilities. Lotto Clic threw two concerts at Skull Alley and were disbanned due to personal and spiritual reasons. At Age 20, Ivry has worked/performed with artists such as, Yv, Goodfella, Yg, Lil Clee, Do or Die, DJ Unk, Ying Yang Twins, Smoke E. Digglera, Talnt, Looney tha Prablum, Omar Gunz, Supa, Ivan Brooks, Abduel Hall, Jay Hoody, Cole Kane, Junior, Da Stunna Boyz, Chris Rich, Lady Nikki, Lil Wyte, JellyRoll, ect. Ivry has also performed at several venues throughout Louisville, Ky including a sold out crowd at what is now formally known as Villa Fontana. Ivry did spend some of his time developing in Phillidelphia, Pa and picked up alot of knowledge from artists such as, Meek Millz, Gillie, Paper Department, and many more. Ivry has also been featured on Louisville.com. With recent mixtape, "This Is For You..." buzzing and moving units in the streets and several new releases in the works, Ivry Tusk continues to grow as an artist..ITS I!!