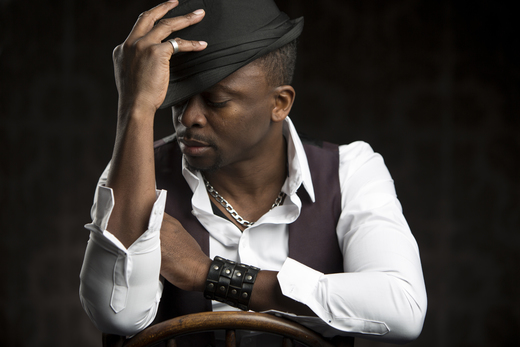 FLOROCKA, also known as 'Akinwunmi Nathan Oluniyi Akiremi', has been into the music and production business for over 27years. Besides being an accomplished Producer, Sound Engineer, Singer and Songwriter, FLOROCKA has written, co-written, produced and worked with countless number of artists including 'Helen Yawson', 'Mouha Fassahy', ‘Michael Abdul’, 'Shalamar', 'Efe Nathan', 'Midnight Crew', Áyodele Vincent', 'Wale Adenuga', 'House on the Rock', 'Sammie Okposo', ‘Mike Abdul’, ‘Jedi’, 'Mike Aremu', 'Tosin Martins', 'BOUQUI', 'Kore', ‘PITA’, ‘Peggy Otis’, ‘Nikki Laoye’, 'Onos Bikawei, 'Éloho Efemuai (Aberdeen)', 'Ibiyemi', ’TREM’, 'Lara Familua' and many more. FLOROCKA has received several awards to his credit as a singer and producer. In June 2011, his song 'You are Lord' topped the charts on the acclaimed site 'OURSTAGE' and won the Grand Prize of $1,000. He received 8 Awards at the Mega Awards 2013, Top 30 Gospel Songs 2013 (by Global Gospel Media Company), ‘Most Wanted Song’ and ‘Lyrics of the Year’ – CCMA GHANA 2014 (Christian Community Music Award). FLOROCKA has also received numerous nominations for being one of the best producers of his time. FLOROCKA was awarded 'The PRODUCER of the year' by SAMSUNG, nominated at AMVCA (Africa Magic Viewers Choice Award) for Best Sound Editing 2015 for the movie ‘THE ANTIQUE’. FLOROCKA is known for his crisp, crunchy and FAT mixes and mastering. As MTV Base once put it 'Whenever there's excellence, FLO isn't far from it!' FLOROCKA has six (8) albums to his credit – ‘Another Christmas according to FLO’, ‘The OverFLO’, 'Sanctioned', ‘The Worship Sessions 1', 'The Worship Sessions 2', 'Pianissimo', 'The IMPRESSIONS' and his latest album 'HYMNS Songs Of Worship'.