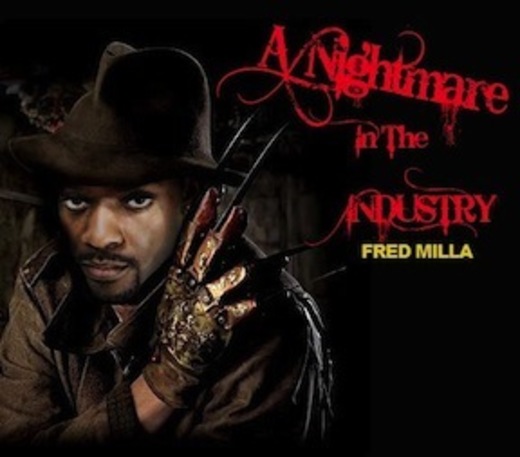 Young, gifted and dangerous with his lyrics and style, it is evident Hip-hop is still alive. Hip-hop is an essence of an era that is both cultural and spiritual. In order for one to understand hip-hop one has to become Hip-hop. Hip hop is history in the making and a native of Chicago Illinois, Fred Milla is the true definition of real hip hop. Fred Milla, is an intelligent, sophisticated, driven, outspoken and beguile. Merging, street knowledge, wisdom, truth and life experiences are one of the many reasons he is captivating and intriguing. Strong and ambitious, he is ready to start carrying the torch and teach his audience why he is true Hip-hop. Fred Milla is a breath of fresh air and his music is spoken word.

A victorious rapper, writer and performer began his journey at age seven. By age eleven he began writing and recording tracks in the studio. At age twelve he was a member of two groups, Domination Lique and Fatal Lique. Wanting to establish himself as a solo artist, he started working harder and dedicated more of his time to music. Hip hop became apart of his everyday life and instead of being like every other rapper, he created his own sound, style, and gave music a new definition. When he writes music he wants his audience to visualize exactly what he is proclaiming. “I have a different style of music, I tell the truth, and I make real music because I tell stories about my life”. Anything you hear on a record I am doing or have done.” He is independent, grateful and determined. Knowing he can do and be better is the reason he will not fall victim to his music. Milla is a natural born talent.

Inspired by many to "stop the nonsense and all of the garbage music out today", Fred Milla is working on an album titled Doom’s Day. Doom’s Day is the rising of a new king whose music is honest, inspirational and has quality. His lyrics speak for themselves and it is evident, he is the next big rising star hailing out of Chicago. As a young child he was a huge fan of Nas, 2Pac and his two older brothers, which can be attributed to his sound and message. Growing up in a huge family, being the second youngest of seven children was bright, smart and a go-getter. Despite having a rocky and sometimes unstable childhood he still managed to be the only male to graduate from high school and maintain a positive outlook on life, individuals and his music. Life made him wiser and music has made him stronger.

Empowering, creative and a hard worker at an early age, is a prime example of how patience and consistency can lead to success. Standing strong and not letting his past reflect his future is the reason his music is a testimony and why real Hip-hop is alive. His strengths are "Knowing he can do better and never falling victim because he is an individual." With plenty of songs under his belt, Fred Milla is a musical champion.