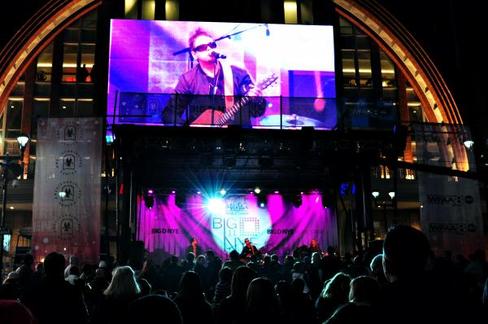 With “Chemical Scare” GRAVITY (formerly Cure Gravity) doesn’t masquerade as a new “baby-band” searching for its “sound,” in fact, what they deliver is timelessness in the form of a one-listen. GRAVITY is a consummate blend of artifice and self-revelation, an intricately crafted container of life– the longing, the dirt , the big love that comes and goes in one’s life complete with internal dialogue, conflict and personal questioning. Much like the band’s name suggests, GRAVITY is arguably less about making fans, as it is about making friends it champions by writing the soundtracks that unbinds their lives. Drew KREE (vocals) and OWEN STONE (guitar) met in Toronto and soon found they had the same desire and talent to compose music on a much higher and commercial level. Dallas, TX musicians GOMEZ (drums) and KUBE (bass) soon joined and the act set out to wood-shed their talent. The band’s commercial introduction came on the hit Canadian TV series DeGrassi High (Season 9) which featured the track “Black Butterfly.” For the past 2 years the band has been tearing up many top tier venues in their home town of Toronto, Ontario and across Canada and the US, sharing the stage with many notable acts such as Our Lady Peace, Candlebox, My Darkest Days, Glass Tiger, Thornley, Hail The Villain, Mr. Big, Crash Karma and others. The band was also invited to perform at the BigD NYE New Year’s Bash in Dallas, TX for a crowd of 25K. The band’s new single “Chemical Scare” already has 14 Radio ADDS, including CKGE (94.9 The Rock) Canada’s #1 Ranked Active Rock Station. GRAVITY is also currently featured in the U.S. on FMQB’s compilation CD alongside Trapt, Evans Blue and Ed Kowalczyk of LIVE. As a result, GRAVITY has signed a development deal with rock legend Gene Simmons of KISS to his new imprint Simmons Records/Universal Music. The band is currently in the studio working hard on new material. GRAVITY is managed by Silver Tongue Management headed by John Gomez and John Moyer of world renowned band Disturbed. www.silvertonguemanagement.com 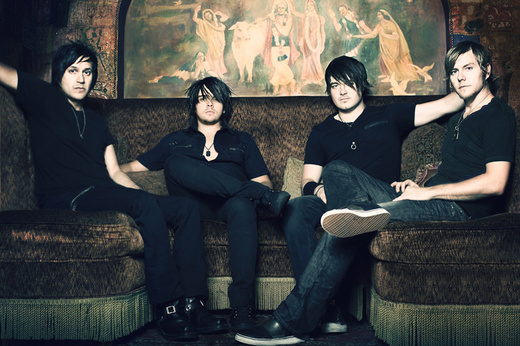