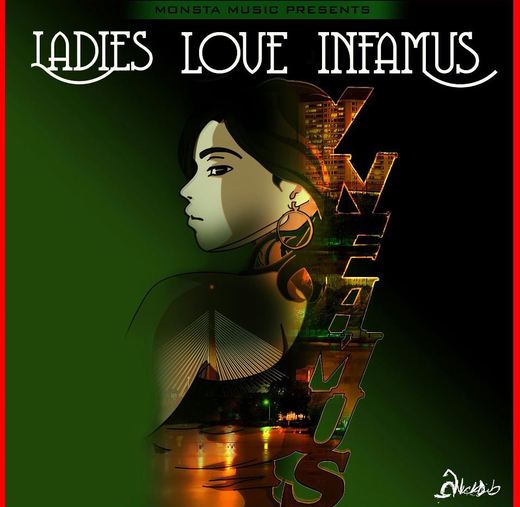 From the first moment INFAMUS stepped on a stage it was apparent that he was meant to be an entertainer. Born in Boston, Massachusetts, INFAMUS grew up in Academy Homes Housing development located in a rough section of Boston called Roxbury. At the age of 15, INFAMUS and a friend entered into their high school talent show. Little did INFAMUS know this would be the beginning of his music career. Waiting patiently, as the only RAP act and last performance of the night, INFAMUS watched his classmates mainly showcase singing and dancing acts. Faced with a ruthless and restless crowd, it was soon time for INFAMUS to take the stage. As the curtains were pulled back and his name was announced, to INFAMUS' surprise the crowd, as one, got out their seats and rushed the stage. Getting goosebumps and seeing the overwhelming response from the crowd before he even opened his mouth, INFAMUS realized the stage was where he belonged. INFAMUS started writing songs. He began to perform for his friends at lunch and after school. Later that year, INFAMUS’ world of music would further be changed forever as he discovered he had a knack for producing music. INFAMUS would relentlessly travel every day after school to a local computer center to use their beat program. Since that high school performance INFAMUS has performed in countless shows in Massachusetts and New Hampshire. INFAMUS has collaborated on recordings with Bay Holla, ShoTime, and Propehcy. He is featured in “Chain Hang Low” on Prophecy’s “State of Emergency" Mixtape and in “Watch Me” on Prophecy’s “I’m a Monsta” Mixtape; And is currently an In-House producer for Monsta Music LLC. When asked why he raps or why he even got into the game. INFAMUS simply says, “I rap because I get overwhelming support from the ladies and my city…really all of New England, that’s why I do it, for my fans.” INFAMUS has developed a passion and an understanding for lyrics and music, and how the integration of the two makes a complete song. On the mic and making beats, INFAMUS’s love and drive for music has led to the creation of a novel and unique sound. As INFAMUS’ fan base grows daily, he is currently in the studio working on his album “The Sound of Money” as well as constantly producing beats for other artists. With lyrics like no other and beats that will make you move, INFAMUS is destined to be on top!