From a small town in North Carolina Jonathan Dale was born and raised in the tightest part of the Bible belt. His father being a pastor, his mother owning and operating one of the most successful Christian Graphic Design groups, and His big brother working as a Biomedical Med Specialist for Duke Hospital in association with Duke University, Jonathan never really fit into the mold He was suppose too. At age 8 years old Jonathan Dale's first stage appearance was after entering the local 4-H Talent Show and placing as the Overall Winner in the competition. Jonathan began singing and recording Southern Gospel music and toured all over the country singing every weekend at churches, conventions, and major Christian concerts. At age 12 years old Jonathan's rendition of "His Eye is On The Sparrow" charted at #5 on Southern Gospel Radio Charting. Afterwards Jonathan had multiple charting successes. Jonathan was named the youngest to ever perform our great nations National Anthem for a Carolina Panthers and Dallas Cowboys football game. After winning dozens of awards, appearing in Christian magazines, performing, acting, recording, and much more, Jonathan's childhood was much different compared to his normal friends while growing up.

At age 17 Jonathan auditioned for CMT's Can You Duet with his childhood best friend and made it through to audition in front of the celebrity judges; Naomi Judd (The Judds), Scott Borchetta (Big Machine Label Group), and Big Kinny (Big and Rich). After auditioning with The Dixie Chicks hit song "Long Time Gone" the judges we're blown away by Jonathan and but sadly let his partner and best friend go. Then Jonathan Dale Cox was sent on, to the next round.

Later in the season Jonathan was paired up with Brandon Green and together they were known as JB Rocket. They competed in the reality TV competition and had memorable moments with songs and performances like "Neon Moon" and "More Than a Memory". They we're raved about all over the Internet and even brought up in an article in The Associated Press written by Naomi Judd. JB Rocket performed all the way into the finale, placed 1st runner up to Steel Magnolia and landed a record deal with The Valory Music Group of Big Machine Records. After the momentum of the show had deteriorated JB Rocket had been signed for over a year. They patiently waited for the promised success and a radio single release from their label. After the winning duo, Steel Magnolia had peeked their single on the Billboard charts it was time for JB Rocket to set up to bat. Instead, JB Rocket was dropped from their contract and dis-banded later the following month.

Jonathan Dale was back to square one. After having success of finishing 1st runner up on a national television show, being signed to the home label of Taylor Swift, and having that glimpse and taste of success taken away from him in the blink of an eye, It was a hard hit for a young hopeful musician like Jonathan Dale. Later that year Jonathan got engaged and went through a very public break up thanks to social media and the following He gained from reality TV wonderland. Jonathan was yet again, shot down.

In 2011 Jonathan begin working on a solo record entitled: "Love Luck and Leaving". He wrote or co-wrote almost all 11 tracks on the record. "I channeled all the energy from the victory and loss of Can You Duet and then all the love and heartbreak of the relationship I was going through as well. The album was never necessarily a commercial piece of art, but it's a piece of art from my heart and that's all I wanted. I didn't record it thinking it would have major radio success or anything like that. That would have been great, but I made this album to say thank you to fans and people who has followed me so diligently since I was child or watching me on CMTs Can You Duet. This record was made to thank them and let even more people get to know me better before 'the big bang', if you will." says Jonathan Dale.

In the summer of 2011 Jonathan was nominated in The North Carolina Music Awards as Country Male Vocalist of Year and The Randy Travis Honor Award. Jonathan attended the event in July 2011 and debut his song "Country As Can Be" written by CYD duo partner Brandon Green, alongside Big Vinny from country chart topping group " The Trailer Choir." After his performance at the award show, Jonathan was announced as the winner of The North Carolina Music Awards - Country Male Vocalist of the Year and honored with The Randy Travis Award.

Though it may not have been Jonathan's plan his self released and promoted album "Love Luck and Leaving", He released on 9-20-11, was well received on iTunes and Our Stage. The fan favorite track "Jezebel" was an instant hit with the public. Because lets be honest, who doesn't know a "Jezebel"? Jonathan created and released "The Music Video Project - Jezebel" via YouTube and his official website on 11-11-11. A year later MTV's Ourstage.com named "Jezebel" the #1 Country Music Video for November 2012. "I was literally blown away when I got the news! It was out for exactly one year and then all of a sudden MTV's Ourstage named it the #1 Country Music Video in November of 2012! Ourstage is the new revolution for artist like myself, and plus they reward people like us with all kinds of cool prizes. It's a great tool. I highly suggest any new artist to give it shot" Jonathan says about the November victory.

But like many young people in the spotlight , Jonathan found himself dealing with the disappointments of the music industry by turning to drugs. "I spent a whole year in the "wrong crowd" and doing drugs to deal with the loss I felt from my past. I was so disappointed with the broken promises of the label that had signed me and I was still in love with my ex-fiancee. So I just let myself go. And I didn't do it little, I did it big, really big. I didn't take baby steps, I went straight to the hard stuff. I almost lost my life several times from either just doing to much drugs or putting myself in very stupid situations. I remember one day my Mom crying looking at me and saying "Where is my Jonathan? Where did he go?" I answered "I don't know, I just don't know." I was lost. When I say I lost myself, I really mean it. I didn't recognize the reflection in the mirror, at all. I was gone, and I was scared." says Jonathan when asked about his past with Opiate abuse.

But with strong support from family and friends Jonathan entered rehab and started treatment at a local Mcloud Addiction Center at the end of 2012. He takes pride in being open and honest about this part of his life journey. In doing so, He finds healing for himself and hopes of helping others along the way.

In 2013 Jonathan Dale launched "The Recovery Road Foundation". The Recovery Road Foundation offers resources and information for other victims of Opiate dependence. The Foundation's website features monthly articles written by current actual addicts, recovered addicts, parents dealing with Opiate dependent children, and much more. The site also gives any and all information one could need to learn about this terrible disease. "God has blessed me, and I am clean. I never in a million years thought that God could take my horrible mistakes and use it for His glory and to help millions of other addicts just like myself. It's a daily battle that you have to fight day by day, that's why I started The Recovery Road Foundation", it's a place full of information, message boards, articles, and everything a Opiate addict needs to get better and change their lives." says Jonathan Dale about TRRF.

Some say Jonathan Dale is one the industries best kept secrets. But not for long! Jonathan started his career when He was just 8 years old and He continues to work extremely hard everyday to see to it that His career reaches the highest level of success possible. Stay connected and keep your eyes on Jonathan Dale. Because it's just like He tells people everywhere He goes, "I'll never stop, this is my dream, my passion, and my obsession, I want to be a legend, not just a success story. I wont stop till I'm a legend. I want people to be talking about me years and years after I'm dead and gone."

Jonathan Dale Cox....don't ever forget it. 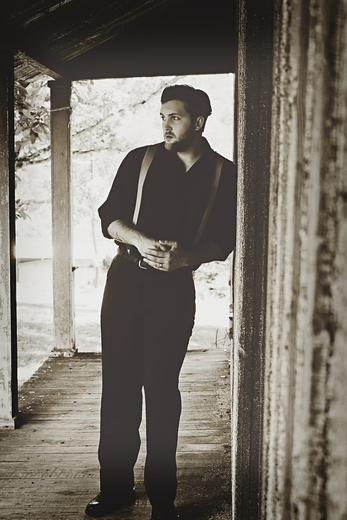