Judy Aron writes songs that should be plastered all over the radio.  A musical blend of radio-friendly alt-pop and folk-rock, Judy has crafted an indie style that aims to please everyone. However, nothing in her lyrics suggest catering to the masses. One listen to her music and it’s clear that reveals her heart and soul. She writes about life experiences – her own and those of the people around her. Catchy and meaningful, her music speaks to everyone in some way or another.

Between 2000-2009 Judy released three CDs, "Curious Jude", "the last thing on your mind", and "Call it What You Will".   Self-recorded and produced, they are shining examples of Judy’s evolution as a writer and singer. Catchy, memorable and full of meaningful lyrics.

In 2009 she met Steve Coleman while she was playing in a pub near home, and Chasing June was born.  Chasing June has been a darling of the critics, appealing to their senses of musicianship and highly energetic shows.  They have released “Under the Slate Grey Sky” (2011), "Take Our Time" (2014) and "Practicing Quiet" (2017), all of which have received radio play and high praise from many of the local and regional DJ’s.

Not to be one to rest on her laurels, Judy released her 5th solo album "Rear View Mirror" in the spring of 2019.  2020 saw the release of "The Sky's the Limit", her first in what will be many EPs.

In 2021, she rolled on with "Is This Thing On?".  Following that, Judy released an instrumental album called "I'm at a Loss for Words".  It is an eclectic collection of genre-hopping ditties.

And, in the fall of 2022, the new release:  "Caught in the Crosswalk" - An EP that might be the strongest to date.

Several of her songs have been licensed for movies and short films, including "Hero Mode", "Paige", and "Creature".

She is currently working on new material, of course. 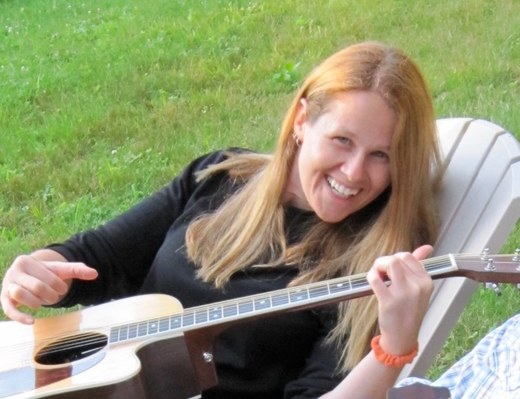