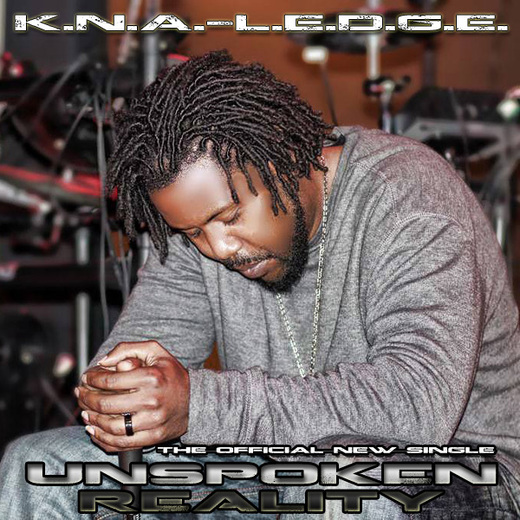 K.N.A-L.E.D.G.E. is a true Gospel Lyricist! An On-Fire man of God spitting heat that touches more than what just pleases your eardrum. A man with a lot to say and possess the boldness to say it. Inspiring lyrics that will truly touch your soul!

K.N.A.-L.E.D.G.E. has been used by God mightily since his surrendering on Nov 3, 2000. Indulging himself with music for nearly all his life, he proudly proclaims the latter years as being the representation of his new life in Christ. God allowed him to endure certain trials like serving a 5 year sentence in prison, originally facing 4 life sentences with an additional 150 years for multiple Armed Robbery charges when he was 20 years old. It was obvious God had a different plan for his life and music. After being released from prison on Aug. 23 2005, God showed Himself faithful by proving His word wouldn't fail in K.N.A.-L.E.D.G.E.'s life. Since his release, K.N.A.-L.E.D.G.E. has recorded an entire album (I Did It All B4) and mix tape (Tha Shynin' Mixtape Vol. 1), as well as performed with artists such as Point Of Grace, Rebecca St. James, Fire Flight, Urban D, Los 1, LP, Shari and several other artist of the Gospel/Christian genre. K.N.A.-L.E.D.G.E. is currently on tour with 'THE TOUR THAT ANGIE BEE PRESENTS'. A Holy Hip Hop Concert and Video Experience! A youth and young adults evangelistic weekend bringing music, outreach, videos and live global network broadcast. K.N.A.-L.E.D.G.E. is also a reward recipient of the '2006 GOSPEL RAP SHOWCASE AWARDS', a reward he received in his debut year. In Dec. 2012, K.N.A.-.L.E.D.G.E., (Elllott Daniels), graduated from the Florida Institute of Recording Sound & Technology completing in the course of study in Comprehensive Audio Engineering and Music Production. With his skill lyrically/musically as an artist, you just get great quality music covering a wide variety of topics. More importantly, you get genuine praise to God!

Ministering the Truth of God's word to all who are able to hear what the Spirit is saying!!