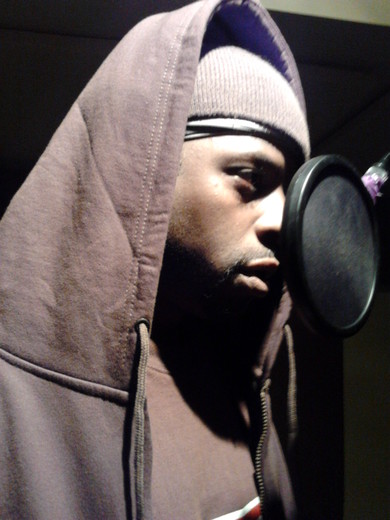 When you think of Hip Hop music, the ideology of the Dancehall boom is a natural blend in styles that should come to mind.

Rapping, dancing, talking, chanting, and rhyming lyrics on rhythmic tracks is a natural ingredient on any hip hop album set. The sounds of the old school songs by the likes of Nat King Cole, Jackie Wilson, The Drifters and Fats Domino coupled with modern day Dancehall sessions by the likes of Beenie Man, Movado, Sean Paul, Shaggy and Damian Marley infuse what is Kapital A and most notably, is what is laid down on his latest CD entitled, Why Not: Special Edition.

The full length 20 song album has extreme flair that dramatically grows the art and style combining both formats in its complexity. Rather than raps and shouts, the melody and color are what make up this great set being released this week at Don Lichterman's Sunset Urban label. Kapital A's music ingrains that colorful flair in those melodies in every song all the way through the entire CD which is set underneath the red-hot lyrics.

Kapital A began playing at neighborhood parties and at festivals throughout Ohio and in Jamaica while incorporating and introducing these two huge influences while laying the groundwork for what would become Rap/Hip Hop fusion with a Dancehall style. Today HipHop, coupled with Dancehall music and even what can be described as a Reggaeton style have carried itself across the globe into America and into Jamaica to bring together new fans of both genres. "Hip Hop has gone through many stages of growth with many sub-formats and sub genres which is the not only the beauty of it, it is also the fine line of it” says the head of Sunset (Urban) Don Lichterman. “As an Indy label, releasing Hip Hop music into what is a wide opened field and while garnering the roots of the deep culture from before say it when it became commercialized into the mainstream is key, otherwise we are competing in a field of major recording artists with a ton of money behind its marketing push and as a matter of fact, most of rap and hip hop today is all based on how much money is behind it” explains (Don) Lichterman whose latest hip hop artist is a releasing a CD that has received rave reviews since setting up its release this month (January 2015).

"In reality and in my opinion with regard to the music industry, the early to mid-90's was one of the most creative periods of growth into the mainstream marketplace for hip-hop music," states Don Lichterman, who' was working at MCA (Records) back then while Indy Labels like Interscope and Geffen were breaking HipHop bands in huge ways and “from nothing to something” which is “our (Sunset) business model” today.

"Hip hop music today is basically Pop Music today and we are not competing with it on that level and with what are artists that are on the THREE (3) or FOUR (4) major labels,” Don Lichterman expresses himself more about the landscape of the HipHop format and genre today. "And, by adding that so called Jamaican flair and by incorporating what are great lyrics with colorful melodies is a thrill to me rather than working straight up pop Rap and this guy (Kapital A) is underground and Indy, but he is also very melodic with his music which makes it very easy for me to work!"

“The other thing I love is working anything with added value and therefore selling a 20 song CD for say $9.99 a unit is great for the label," Don Lichterman ends the conversation by reiterating the Why Not: Special Edition CD is a bargain with 20 songs on a full length and extended CD set.

The album is in store on January 20th and will be available at any place that sells CDs and that allows plays with Streams along with paid Downloads. The song Warreeyaz is also placed on the Tropical Party CD being released in February (2015) and two videos (Warreeyaz and Doe Rae Mi) are being worked, serviced and are now available at all popular video outlets (VEVO, YouTube, WhoTune, Pure Volume, VHX, Amazing tunes, Amazon, Grammy 365