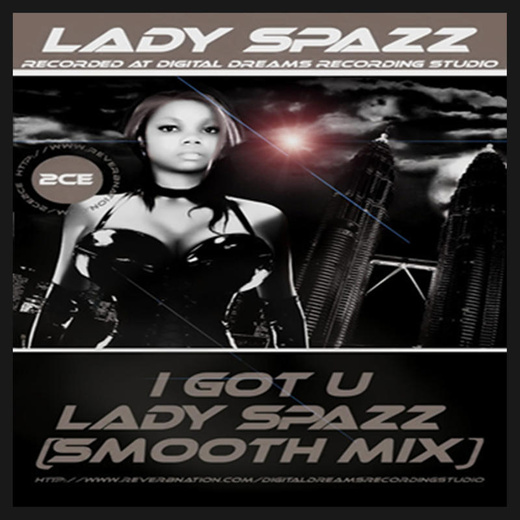 Lady Spazz is a tough, sassy chic born and raised in Las Vegas, where her musical career began, singing and performing shows in Las Vegas. She is a force to be reckoned with, demands respect, and is an inspiration for other female artists. Her musical career has led her to Florida, Georgia and South Carolina where she honed her rapping and vocal abilities. She has worked with artists such as Block Band ENT, Loud Pack Kuntry, Jato Unit, Von P plus others.

Lady Spazz does not believe in waiting for people to knock on her door, she is more than willing to knock down other peoples doors to achieve her goals. She began her own label “Slice of da Pie Recordings” selling a staggering 40,000 units. She relentlessly travels state-to-state selling CD’s and promoting herself. The future looks bright for Lady Spazz, with current releases in Italy, and airplay in the USA, the heat is definitely on!!!!!!