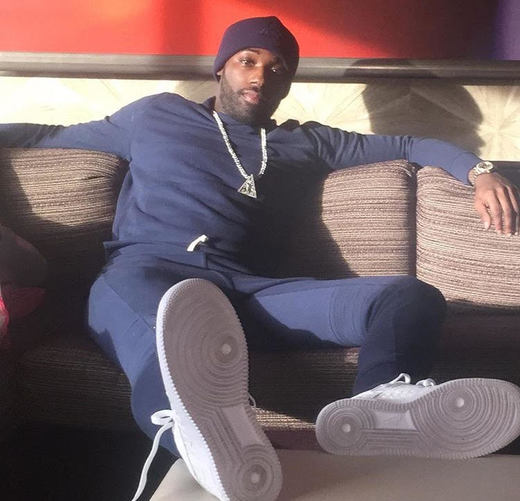 Malik Rice (born May 15, 1993), better known by his stage name Largo (lärˌgō) is an American Rapper/Songwriter from Philadelphia, Pennsylvania. Largo is an independent artist who recently released his first mixtape, “All They Asking For Is Largo” in March 2015 hosted by DJ Scoob Doo available on DatPiff.com. This mixtape garnered praise rather quickly, as it earned the lauded "HOT THIS WEEK" title, a huge stepping stone to success. Always eager and prepared to deliver new material, Largo released 5 videos to sustain his fans, they are: “Picture Me Rolling” “They Gone Learn” “Money & Power” “No Favors” and “ I'm Ready". Popular sites like WorldStarHipHop and HipHopSince1987 quickly picked up these videos for viewing. A true original, Largo has impeccable flow and unique beats. In addition to his talent, Largo is outfitted with a solid team F.O.E Inc (Family Over Everything) Affiliated Markieff & Marcus Morris, Thomas Robinson and James Harden. Largo's influences include Common, Jadakiss, Nas, Tupac Shakur, Jay Z, Big Pun, Meek Mill, Biggie, Nipsey Hustle, Pusha T and Rick Ross  for the versatility and style they possess. However, Ice Cube has the biggest influence on this artist, for sharing the same passion not only for music but acting. His newest single "Block List" was released in April (2016) to kick off the summer. "Block List" displays the versatility and creativity of this artist and this is only the beginning. With plans to release another mixtape in the near future, in addition to the enthusiasm to collaborate with artists of different genres, Largo has the unique and lyrical skills that will make an impact in the music industry.