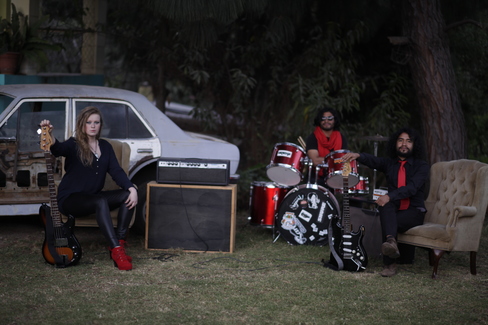 A band for those who believe, that they were born in the wrong musical epoch. Roots has Guatemalan-German origins, founded 2015. With just three members the sound of Layla Roots is forceful. With a strong voice reminiscent of vocalists of yesteryear and a dark and mystic guitar sound. Oldschool Rock mixed with Blues and a Spice of Latin. Layla Roots is a band who unites - continents, cultures, musical genres, gender, languages and arts.

Layla Roots has Guatemalan-German origins. The band dates from 2010 and consists of vocalist Rose K. and guitarist Alejandro. They started  to discover Blues, Rock, Psychedelic, Latin and Tribal music from the 60's until today, during their musical studies. Three years ago Luis joined them on the Drums, giving rise to his current formation. In 2015 they changed their name to Layla Roots and composed their first Album - Only Water, which was released november 2016. Currently the band is working on the new album "Only Fire", which will be an explosive mixture, combining tribal sounds with Rock, Blues and Latin music.