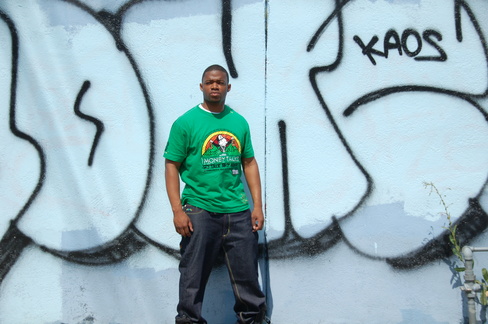 Born April 19, 1988 in Gwinnett Medical Hospital in Lawrenceville, GA, Alonzo Bailey aka Mistro Tha Rippa was the beginning of a new era. The years that would follow would be the days, years, and months that shaped the rising star into the individual the music industry would respect as he became an aspiring artist. At the age of two his parents split up igniting his journey down a long cold harsh road. Struggling as a single mother his mother worked two jobs just to provide. By the age of six he moved many times with his mother, but settled in a small town west of Atlanta known as Carrollton, GA. This is where his mother met a young drug dealer who captured her eye. In a couple of months the two hit it off and began bringing in large lump sums of money.

After several months of surveillance the police finally made a raid and captured the two. Family friends took in Alonzo until his mother was let out on bail. After being free for a while again the couple would give drug trafficking another try. The couple began making big profits and after only three months free from jail the couple moved from a trailer to a three story house in an upper class area. The two were embarking on a path that would eventually lead to their downfall and a new life for Alonzo. The FBI caught up to the paper trail which led to a thirty-two year prison sentence after his mother’s boyfriend testified against her. Unfortunately Alonzo aka Mistro would never forgive his mother for years to come.

After being passed around between family members his father decided to take him into his home. There Alonzo began writing poetry about his life. After being with his father for only two weeks the newly formed family had a car accident. Not just any car accident, but a head-on collision in which his father went through the windshield twice. Alonzo aka Mistro was the only conscious individual in the car. He got out the car calling to his father, but he did not answer. As Alonzo looked back into the car he noticed blood coming from his fathers head. No one at the scene called an ambulance Alonzo ran into a local insurance agency where he asked them to call. The agency called. Thirty minutes later an ambulance arrived. At that time they pronounced his father dead. Mistro began thinking he lost it all, but a doctor who refused to give up revived his father almost an hour after the accident. Alonzo aka Mistro later with the help of his grandmother nursed his father back to good health. Shortly after this event his life began to take shape.

He began writing poem after poem after poem. Alonzo’s father was a gang member and a high ranking one at that so it was somewhat part of him to be similar, but his father refused to let him join. Alonzo began to try to prove him self worthy and got into a lot of fights and trouble. It was at this point in his life where he began rapping which wasn’t to hard considering the pain in his poems. Everything he did he said it. Everything he saw he wrote it. Every fifteen minutes he was writing sixteen bars. Being a big fan of N.W.A., Tupac, Biggie, Method man, AZ, and Scarface his style was unmatched at fifteen he had heads turning. After years of not speaking with his mother he sent her some of his music.

After five long years his mother was let out on parole. Mistro was determined to rebuild his relationship with his mother even though he hasn’t yet forgiven her he realized in a way she somehow always stayed in his life. At this time he and his father were not getting along so he moved out when he was seventeen. First he lived with friends and worked as a waiter at a pizza restaurant where they freestyled most of the day. After about a month he moved in with his mother in Decatur, Ga. Where he graduated at Avondale High School which was a accomplishment considering neither father nor mother finished school. They later moved to Appletree Apartments on the Westside of Atlanta.

By the time he turned eighteen he had four albums complete but refused to let them be heard. While he worked three jobs that were no guarantee his mother met a well known producer. They had several conversations, but he wasn’t interested in a music career at the time. He never called the producer anymore. Then he began making a mixtape which got some buzz around the internet. People began noticing his remarkable vocabulary and colorful wordplay. To this day the artist has no financial or label backing. However, if you ask the artist himself he will tell you his success is measured by the people he touches.