R&B and Pop singer/songwriter Melodic is an extraordinary talent! Both his music and style have been compared to Musiq Soul Child, Bruno Mars, Frank Ocean and Sam Smith; just to name a few. Hailing from Wilmington, Delaware, with a supreme tenor octave range that awes and amazes. Currently, Melodic has made his new album, "Lucid Dreaming", available for pre-release on iTunesand Bandcamp.  When you pre-order the album, you get to download 'Celebrate', and the second single 'I Found You (Love)' which features The Urbanmariposa. Keep it locked because Melodic has much more in store. "Melodic was the name given by a fan to the R&B and pop artist who composed what many have said are some of the most remarkable melodies and intricate harmonies that the R&B and Pop genres have heard in many years.." AHH Staff, AllHipHop.Com (Feb 01, 2013)

A prodigy at the age of 12, Melodic began writing and singing with an intrinsic understanding of melody, harmony, voice control and musicality. After discovering his childhood talents, he honed his skills at the prestigious Cab Calloway School of The Arts in his hometown of Wilmington, DE. In 2009 Melodic wrote and performed "So Stellar" which appeared on the soundtrack of the movie "Steppin'" starring MoNique and Anthony Anderson. "So Stellar" was said to have garnered over 3,000,000 downloads since it's release and was recorded by MySpace.com, when MySpace was at it's prime. Melodic is a dynamic and compelling performer who is versatile in appearance, genres and audience appeal. In 2011, Melodic performed for over 1,000 screaming teens at Delaware Teen Idol and was mobbed afterward by enthusiastic fans. He possesses just the right balance of mystique, edginess and “ boy next door ” charisma. Melodic has opened for rapper, Travis Porter, Cassidy, Slick Rick, R&B Superstar Brandy and performed with Young Steff. His 2012 single, “Pretty Faces”, has garnered airplay on 6 commercial radio stations, and appeared on BET's 106 & Park and Comcast OnDemand. He also was on tour with his anti-bullying initiative, The Melodic Self-Respect Tour, which delivers the powerful message through his music, film skits and dance numbers with his exclusive dance crew, Phantom Inc.

Melodic is continuing his journey and working hard to accomplish his goals and inspire his generation and generations to come.  So mark your calendars for June 14th as he sets up the release of his first album, 'Lucid Dreaming'!  Also, make sure you subscribe to his mailing list to be the first to hear new music and experience exclusive content! 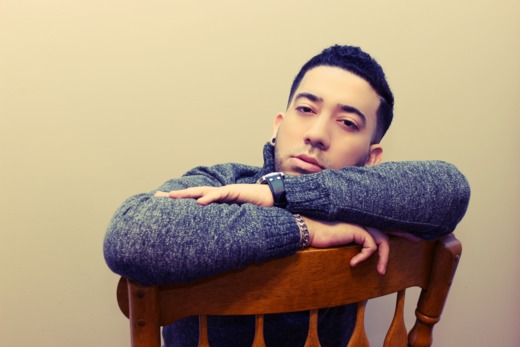