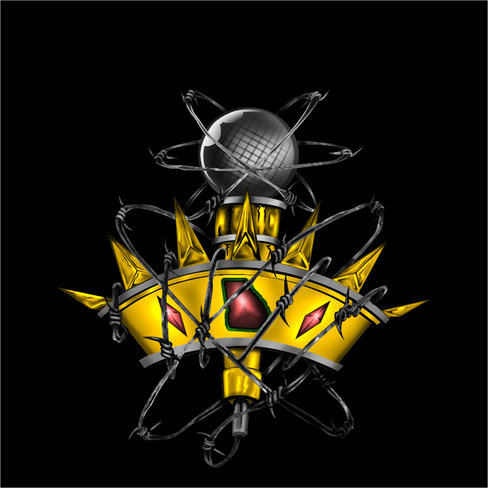 God, Lust, Sin: a compilation, a collection, a playlist, an anthology, a mixtape, an album?

Fresh off the release of his second Studio Album and a successful tour, Mista Latex relocated to Atlanta, Georgia and is set to release a collaborative effort with 15 songs!

After only recording three songs for the God, Lust, Sin album, a participant and artist Kwony Cash was incarcerated for an incident that took place several years prior to the recording of the CD.

However, things surely changed since then, as the album has fast become collaborative album bordering on it being a compilation CD or a playlist and a mixtape.

Latex, whose real name is Dexter Nelams was stationed in Afghanistan before becoming a private contractor over there now and he will continue to be there on the street day of November 7. “Believe it or not,” Don Lichterman says about the finished project, “before I set the song lists and finalized all of the songs we wanted on the project, we did a focus group in Afghanistan with a bunch of soldiers that are hiphop fans.”

Now Mista Latex’s latest seems to have manifested into almost a new category as far as formats and genres go in the music industry.

The new album, God, Lust, Sin, is a collaborative production that include participants such as Bre-Z, the popular actor from the hit television show, Empire. Along with Bre-Z who has a track and a main single on the new album, other participants on the 15 song full length CD are BadNewz, T-Woodz, Chivas Kimber, Meo, Wayne-C, Tnaj, Kim V, Teja Moore, YK, and Money.

(Don) Lichterman says when describing the songs on the CD that he is “not sure any more of the differences between say what are playlists and a compilation album versus say a mixtape or even remix type of an album where many artist participants, but the fact is this is gritty album. It is also mixed with colorful melodies along with some down and dirty productions, which I love. “He goes on to say that “I do know that we have to entertain doing up to what are five (5) music videos because we cannot choose singles the traditional ways.”

It took three years to complete the CD. Those initial recordings were done in Atlanta before Mista Latex finished the album overseas in Europe using producers Brad Grober, Chivas Kimber, Crazy A  and Top Trax (Marvel Hitmen). Latex was then able to land a great feature for the album with Bre-Z, a very talented music artist and actor from the hit show Empire.

Mista Latex says about the album from his barracks in Afghanistan that “this new album is accessible to every generation and listeners should be satisfied with the overall body of work.”

You can very much see the artist development and marketing by the label as (Don) Lichterman said, “We are taking the approach almost like we are giving away a free mix tape by working anywhere between five (5) to seven (7) singles all at one time.” “It is a unique approach, although this day and age in the music industry, there are no rules.” He then says, “To me, it is like when I was a kid buying every 45 LP that was released at those times, and artists back then, would release an album every year and half and singles were a big deal like they are now.” “This album though, was absolutely inspired by some of the tracks I heard in that American Honey Film and every song from that film is on the soundtrack CD.”

Anyone who knows about Mista Latex (Dexter Nelams) marvels at his work ethic. He is known to be one of the hardest workers on the planet, let alone in the entertainment industry.  An officer in the military currently stationed in Afghanistan, he still manages to release mix tapes (Crush Tape, Vol II), catalog albums (re-release of Living Life was in May this year), and energy drinks while setting up live tours, live showcases, focus groups with our military people. “I feel bad asking for any information and for him to do anything but honestly, he is way ahead of me which has helped the label, the company as a whole and with regard to his music projects,” says Lichterman about the artist.

The H. Entertainment and GME Pops have recently signed a joint venture deal with Sunset Recordings. The H. Entertainment roster consists of Niko Suave, July, T-Woodz and the Labels breakout artist Kwony Cash is working to release new material soon. Mista Latex is an artist on the label along with him being an officer and staffer at The H. Entertainment. “It is so funny because Latex the guys at The H came to me asking if I would release the album when in reality  I was so grateful to be able to work such a high priority project,” Lichterman says about the relationship and overall deal.

Living Life LP:
HipHop/ Southern Rap recording artist Mista Latex will be releasing his album “Living Life” in stores on March 28th. Also known as SSG Dexter Nelams of the 92nd Engineer Battalion in the U.S. Army, he exemplifies strength and courage on and off the battlefield. Take your time and enjoy the video below for single “Take Me Round”.

Mista Latex is a very unique artist who's music has the power to reach out to the masses. He started out rapping in a local group "Born Ready" which reach local success. Not happy with the direction the group's future was heading, Mista Latex decided to team up with Sovereign World Entertainment to pursue his solo career. After a few features on Mr. Kaos album "No Mercy" and Wayne C album "Da Coach" Mista Latex had the streets waiting on his debut. Due to Military ties he had to be reassigned overseas for a duration of 4 years. While overseas Mista Latex inked an album deal with Noculan Music and put out his 1st album "Under-Rated" which was released in Asia, and Europe! His success lead him to become an sought out artists for many european artist and producers. He has been featured on Germanys hottest R&B/Rap group YK's album "Paintin Pictures" The Netherlands number one hip hop Artist Meo album "Money Train" and Reggaeton Artist Mr. Z album "Nuff Said" Early Spring 2010 he was featured on Q-Muzik's album "Tha Formula" July 2010 while deployed to Afghanistan, Mista Latex inked an multi-album deal with Sunseturban Records! His album "Living Life" will be released Nov 16th worldwide. To heat up the streetz before his album release, Mista Latex linked up with DJ Tone and released his 1st Official Mixtape titled " Tha Crush Tape" Since joining Sunseturban, Mista Latex has already been featured on "How Weed Won The West" movie soundtrack which is available in stores now! Be on the lookout for this rising star!