Who is LyriCa [HardStyle] ?
Danny Medina, stage named “LyriCa HardStyle” was born in 1992 in the Dominican Republic. During his childhood he always had an interest in solely Rap music until he turned eleven years old, he then began loving hip hop and day by day his hunger grew more and more; in result leaving him with a tremendous attachment towards music. At the midst of his eleven years he started composing various works and little by little was then introduced to the Reggaeton genre of music. Hence, it was then when he began to take his music career seriously and with passion and dedication and began to grow as an artistic person whom he describes as “Art” within himself. With that being said he spent most of his childhood in the musical field and began to commit himself to the ethics of our creator, with one simple, yet complex goal in his life; to positively influence The latino cummunity, to see the birth of a new dawn.
Danny Medina ó LyriCa [HardStyle], como nombre artistico, nacio en el 1992 en la Republica Dominicana. Desde su niñes a tenido un buen interes en musica Rap asta que a la edad de once años fue introducido al Hip Hop; Le empezo a nacer una fuerte attraccion asia la musica, que empezo a componer. Atraves del transcurso del tiempo el Reggaeton fue introducido a su vida dejandole otra pasion asia la musica, y poco a poco establesiendose como su base en el mundo artistico

What is “DreamRadio” ?
DreamRadio is a concept. A state of mind in which freedom of expression is not all that matters. There needs to be a desire. DreamRadio’s aim is to provide a specific type of expression, a positive one that is. What makes this goal so dear and primary is the fact that all expression is done with one thing in mind, a positive agenda. Danny Medina or rather LyriCa [HardStyle], who invented this concept, is very well bound to making music so long as it does not affect people in any negative way. His goal is to provide meaningful, harmless, and beautiful music to create a better world. Hence, DreamRadio exists. This concept consists in building a world inside a world, a world within the real world. A ” fictional ” world to reflect itself into the real world. Big Johny the “Owner” of DreamRadio, which is depicted as a radio station (Symbol of communication / Broadcasting), is somewhat of a messenger that brings the music from DreamRadio to the people, or rather the Latino community, within the “City”. Meanwhile the character of Dangerous serves as a manifestation of the public eye within DreamRadio. The purpose of this is to help alleviate the synthetic-ness of the world within DreamRadio to create some sort of a suspension of disbelief in the listener’s mind

What is “Welcome To The City” ?
“This is my first album to society, its filled with a variety of music genres and what really excites me about it is that since it was a very fun experience, I’m able to see how nicely executed it was according to my peers. Not to mention I have implemented the use of skits and interludes because I felt that it added a little bit of my timid personality into it, so people can know what kind of person LyriCa [HardStyle] is. I believe there is still much to be given to my “Episodes” therefore I will be using skits and interludes thorough my upcoming releases. Nevertheless I see Welcome To The City as an Artistic success due to how dynamic it is.” -LyriCa [HardStyle

“Welcome To The City is LyriCa [HardStyle]’s debut album that gives an introductory concept toward LyriCa’s plan to establish himself throughout different musical genres amongst the public. This album intends to rise public awareness of the world at adequate levels by bringing its rhythm in a variety of sounds and genres. Reggaeton, Rap, Hip-Hop and so on. Not to mention the fact that it is somewhat radio-style centered, with a fictional radio station named “DreamRadio” with characters like dangerous, Big Johny, and Julio it makes it easier for LyriCa to have a start on his “Debut”. If you love rhythm and play no games when it comes to your music then this might be your fit, not to mention you might benefit from this after all” - LyriCa [HardStyle] 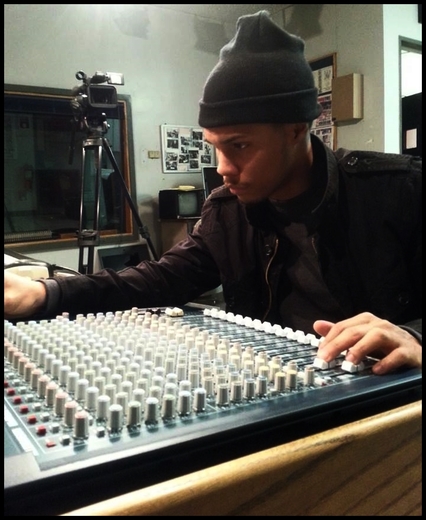