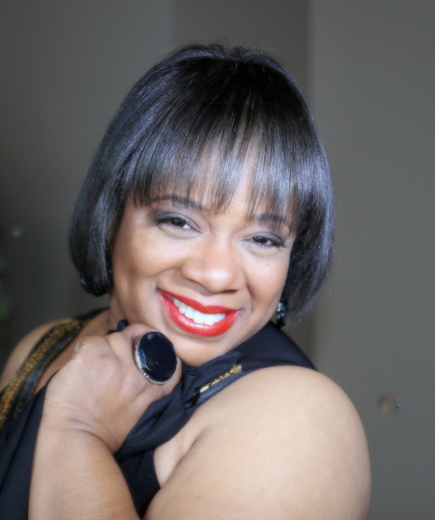 Awarding winning Contemporary Gospel/Christian Artist Sylvia Fedrick shares her gift while on tour with CI Gospel Music & Promotions.  Sylvia was recently named VP of Marketing for the record label and Promotions Company since she had display much success as an Independent Artist.  Sylvia, a Chicago native started singing at the age of 4, receiving much encouragement and coaching from her father Larry V. Fedrick.   While growing up, Sylvia’s father educated her about Jazz, Blues and Gospel music.  Sylvia would go from elementary school thru College performing in stage productions, talent shows & competitions. Sylvia performed with Chicago groups “Kajsa” & Rare Form”.
After much prayer & faith, Sylvia released her Freshman CD “Sistha Under God’s Construction” which gained a sizable amount of recognition since its release in 2008 and landed her the “2010 Black Essence Award”, along with the nomination for Gospel Music’s Rising Star for the “2012 Chicago Gospel Jubilee Awards”. In 2012, Sylvia released her Sophomore CD “Best Of Sylvia Fedrick–Work In Progress” and was the recipient of the “2014 Music Love Awards” for Female Contemporary Artist Of The Year, nominated for the “2014 Chicago Independent Awards” for Best Gospel Artist Of The Year”, received  the 2014 X-Poze-ing Award for "Best Gospel Video-What Has He Done For You Gospel Glide Remix",  The 2015 Akademia Awards for "Best Christian/RB Song-Sometimes You Gotta Go Through" and "Best Christian/Hip Hop Music Video - What Has He Done For You Gospel Glide Remix".
Sylvia’s working on her next CD release “Faith, Trust, Determination” for Spring 2016.