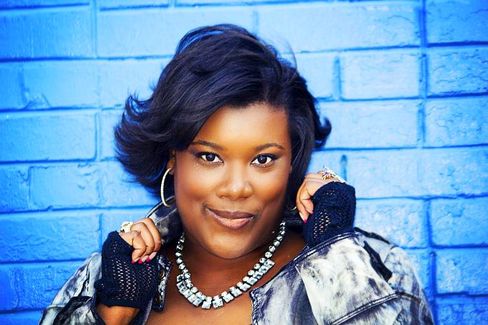 Los Angeles-based singer/songwriter/celebrity vocal producer, Shining Rae, is a musician to watch. On June 28, 2021 Rae reached a pivotal milestone and accepted a invitation to  join The Recording Academy Class of 2021 (Los Angeles Chapter) as a voting member.  As a member of music’s most prestigious organization she will have the privilege to shape the music industry, the future of music, and its role in society. Rae has gained popularity as "the girl with the angel voice.  Her urban pop/soul style is heavily influenced by Stevie Wonder, Mariah Carey, Rihanna, and Aaliyah.  As an international triple threat, she has contributed her talents to many, but nothing has been more rewarding than her own music. Rae has released 2 digital EPs and several singles.  Her radio singles “Sugar” (2011) & “Dollar Signs” (2016), and “Tap Out” (2019) along with her Vibez and Vocals EP are all in rotation on FM radio stations in the United States and Europe (debuted on KZRB 103.5 (TX, Flames Radio UK 94.4 FM and more). She is featured in several magazines and popular radio blogs around the world such as Power 106 FM’s “LA Leakers” in March 29, 2019  that premiered her single “Tap Out” ahead of major artists such as Saweetie, Lil Uzi Vert, and Khalid.   She is currently performing regularly in Los Angeles at popular live music events such as Upluggd LA, After Church LA (created and hosted by Grammy Nominated producer My Guy Mars of 1500 or Nothin), and The Mint LA to promote her new hit EP “Vibez and Vocals Vol.1” (Released Dec. 2017 & currently 40,000 + streams on Spotify).

Since the age of 12, Shining Rae has won many talents shows, booked professional gigs all over the South and Midwest, and had her own song copyright by age 17. Growing up in Southern Arkansas with parents who are musicians/songwriters made music an inevitable love of Shining Rae. She grew up singing in church and around her community in a gospel music trio/band with her parents.

Shining Rae defines music as an extension of her soul that she plans on sharing with the world. With influences such as Stevie Wonder, Mariah Carey, and Anita Baker, Shining Rae writes music that paints pictures with words and makes one feel empowered.  Her distinctive voice is sultry, yet smooth and angelic.  Her versatility adds flavor to any genre of music.  She is a self-taught guitarist, pianist, and trained flute and piccolo player. Shining Rae is no stranger to showbiz.  Throughout high school, she represented her hometown as a vocalist and dancer for Arkansas's State P.R.I.D.E. (Parents and Resources In Drug-free Education) team and was also selected as 1 of 4 National vocalists.  It was during a 2002 performance/competition in Cincinnati, Ohio that she received a standing ovation of more than 5,000 people after singing a powerful cover of "Emotions" by Destiny's Child.  This performance led the Arkansas State Team to its first national victory. That monumental day was all the validation Shining Rae needed to feel sure that she was born to sing. This also led to her growing passion for community outreach to “at- risk” teens.  She has been featured in The Banner News and the Ruston Daily Leader for her philanthropic efforts utilizing her music to motivate kids to go for their dreams. From 2010-2013 her website featured a section called “Shining Rae’s Shining Stars of Tomorrow” that was dedicated to talented children.

Shining Rae graduated with honors from Louisiana Tech University as a Clinical Laboratory Scientist and left her Southern roots to follow her dreams.  She moved to Baltimore, Maryland and worked as a Scientist at Johns Hopkins Hospital for 4 years.  With very little sleep, she mastered the art of juggling her science and music careers.  From November 2008 to May 2009, Shining Rae was a background singer for TMG Records artist Nisha Hester.  She performed at President Barack Obama’s first “Lighting of the National Christmas Tree” in Washington, D.C.  She has also collaborated with and opened up for Hip-Hop artists such as Baltimore's own Huli Shallone and subsequently performed regularly as a featured artist in lounges located inside the historic Belvedere Hotel in Baltimore and Eden’s Lounge. Later in 2010-2013 Rae went on to perform in New York City’s R-Bar (Bowery) and multiple times at The Shrine World Music Avenue in Harlem, NY.  In 2018 she was the opening act for New Orleans legendary rapper Mannie Fresh at the Beat Street Hip Hop Festival in San Diego, CA.

In an exclusive article published in the 2008 November/December issue of Baltimore's Name It magazine, CEO Shawnise Kearney stated, "Shining Rae truly has a gift from God."  Shining Rae’s captivating lyrics, musicianship, and vocals of her pop single “Dreaming” (released in 2010) caught the attention of Andre Harrell as she was selected as a semi-finalist in his National Superstar Soul Search competition in July 2010.  In May of 2011 Shining Rae caught the attention of (MTV partner) OURSTAGE Magazine in which journalist Emily Cassel featured Shining Rae’s single “Dreaming” as the “ Breakup Anthem” for every girl to “unleash her inner diva.”  As a result of fan voting, Shining Rae went on to become the Grand Prize winner in the OurStage Artist Access Competition in July, with her hit single “Dreaming” landing her an opportunity to perform live in NYC and meet music industry giant Bruce Tyler (former EVP of Sony Music and Columbia Records).

Rae’s most successful songwriting/vocal production placement is the single “Stay” by Iakopo (Orchard/Sony) which gained over 13 million music video streams on YouTube within the first 2 weeks (released June 3, 2019).

The summer 2019 proved to be a major turning point in  Rae’s life in which she manifested her biggest dream come true.  World-renowned movie director Brett Ratner (X-Men, Rush Hour 1 & 2) was so impressed by Rae’s talent he surprised Rae by inviting her to meet and spend an evening with her music idol Mariah Carey.  Videos of Rae singing along with Mariah have since gone viral online and inspired Rae to the highest level.  She has since collaborated with her favorite multi-platinum/Grammy Award winning songwriter Diane Warren on a remake of her Oscar Nominated song “I’m Standing With You” for a global charity called “Mission Onlus” protecting the civil rights of women and children who are victims of abuse.   With an "old soul & heart of gold" and ability to create meaningful songs of all genres, it is clear that Shining Rae is well on her way to becoming the music industry's hottest female musician who makes meaningful music that resonates with the hearts of people around the globe. 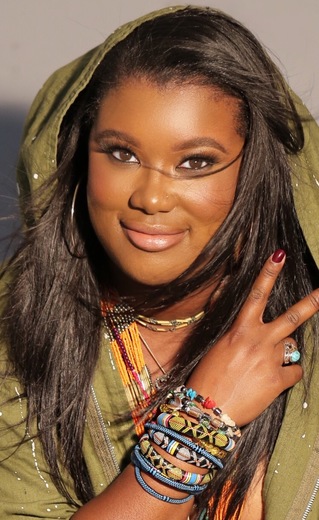