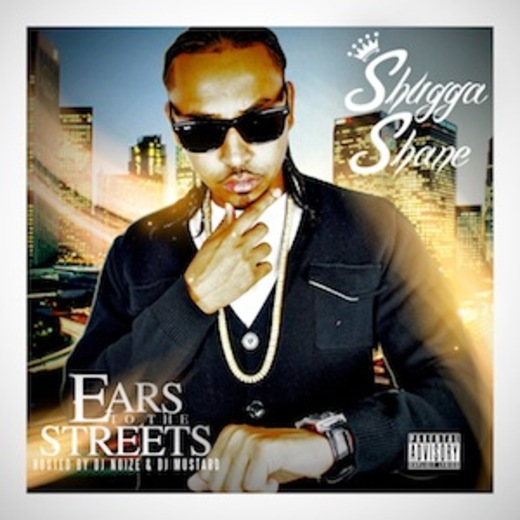 
“I am Hip Hop. I feel it in my bones, my mind, my heart and my soul everyday,” says Shane confidently while standing under the cool shade of a palm tree on a warm afternoon in Los Angeles. And if you knew him personally, you would be inclined to agree. Shane, better known as Shugga Shane, is one of the DOPEST emerging rappers from the West side and co-founder of the Hip Hop collective known as Crown Fam. He was born March 3rd 1988 in Bangladesh, a small poverty stricken country. At the age of 3, he and his family moved to Los Angeles in search of a better life. As a boy, Shane was noticeably bright and had great interest in sports.  Shane attended Fairfax High & Los Angeles High School where he played Football & Basketball at the Varsity level, not to mention graduating on the Honor Roll.  While growing up in the inner city of Los Angeles, young Shugga became a product of his environment.  ”Word on the street is that you were kicked out of Fairfax because you were arrested in school?” I asked him. “Yea man…the police never really liked me, the feelings mutual you could say…but it wasn’t as bad as it sounds, they didn’t kick me out really, they transferred me to a different school because I had good grades…” he replied with a slight grin on his face. Since then he has had a few more run-ins with the Law, the most serious landed him a 3 month stint in a Federal correctional facility. “The time I spent in there was really an eye opener. I had a lot of time to think and to figure out what I need to focus on in order to succeed as well as what I need to avoid,” the man says cool and collectively…”It also got me closer to the Lord.” Hustling wasn’t the only thing the streets of L.A. had instilled in him, Hip Hop was also planted into Shugga Shane’s life as far back as he can remember. Easy to believe since Los Angeles was one of the most prominent places in the Hip Hop scene during the 1990′s, home to such artists as Tupac Shakur, Snoop Dogg, Dr. Dre, & Ice Cube.

Shugga Shane says his love for Hip Hop music really blossomed as a teenager when started rapping in high school but states that it was more of a hobby to him back then. He and his friends would kick freestyles to each other and write songs on their free time. “It wasn’t till after I graduated High School that I started recording and getting more serious about my rap career…even then, I was working on my craft…but I never looked into the business/marketing side of it until I was a couple years into the game…” states the west coast emcee,”…once I had a better understanding of it all, I started planning out my success and have been working hard towards it everyday.” Through his vision, determination and sheer work ethic, Shugga Shane has made a name for himself in L.A., as well as the West Coast Hip Hop scene, various regions of the U.S. and Internationally, with his fan base growing larger everyday.  Why is this worth mentioning you ask? Well, how about the fact that he has achieved all his success, BY HIM SELF, with no help from a manager, agent, or record label! Thats right, Shugga Shane is the EPITOME of an INDEPENDENT artist. “I am the artist…and I am the manager…thats how it is right now. I’m not trippn’…this way I have no one else to blame but my self,” speaks Shane when I touch bases on the matter. And by looking at his resume, you could say he is doing just fine. In his young career, Shugga Shane rocked stages, clubs, schools & parties all over CA as well as parts of NV & AZ.  He has opened up for many major artists like Wiz Khalifa, Kid Cudi, Game, Chip Tha Ripper, Glasses Malone, Clyde Carson, YG, Mann, N.O.R.E. & WC (Dub-C). As well as notable independent artists such as The Alchemist, Ras Kass, Hopsin, Fly Union & Skeme. He was on the Cali Fairs 2012 Tour & a local headliner at the Playground Music Fest 2011.

His fans certainly seem to get him, Shugga Shane’s unique style, clever word-play, hypnotizing flow and practiced delivery captivates listeners.  Over the span of his career, the man has been releasing dope songs, videos & mix tapes which has gained him a cult like following on the internet.  Still with out a major label backing him, Shane released his 1st OFFICIAL mixtape in the Summer of 2011; “Ears to the $treets” which is hosted by DJ Noize & DJ Mustard.  The mixtape has gotten numerous positive reviews by fans, artists, DJs, websites & bloggers worldwide ! Shane has been mentioned in Yo Raps Magazine, RIME Mag, The Bizness Mag, VENTS Magazine, Status Mag, and countless websites/Music blogs from all over the globe.  Currently the young rapper is releasing music videos from his latest project and is working on a follow up mixtape titled “L.A. Kings” which is said to feature many acclaimed rappers from the Los Angeles Hip Hop scene…So be on the look out! As long as Shugga keeps working hard towards his goal(s), there’s no telling the height his career will reach. “I’m going to keep doin me & grind in a major way till I get to where I want to be…and thats at the top of the mountin.” Once you are in-tuned with Shugga Shane’s music, it will be clear that this west coast hot spitter is destined for greatness!