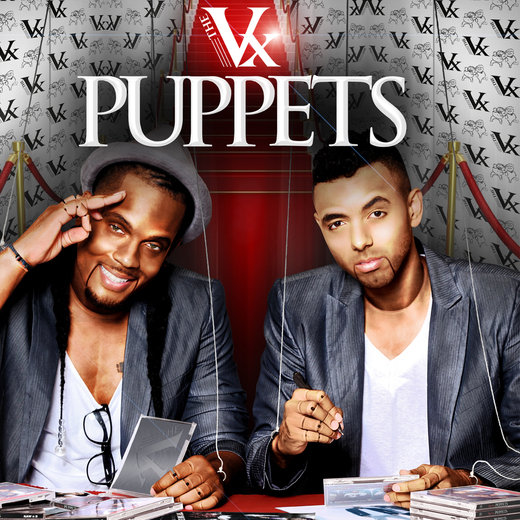 Every so often, the music industry gets a thirst for something different.  A new face.  A new sound.  A new vision.  Something that steps outside the lines of what has become ordinary to our audible palettes.  In a business crowded with cloned artistry, The Vx quenches that thirst for freshness, originality and creative appeal

The Vx is a vocal duo hailing from Houston, Texas. Duece, known for his notorious humor and Yiego, known for his cool and charismatic charm.  Both offer an edgy flair for music, style and a hint of enticing mischievousness that appeals to the ladies yet remains relatable to the fellas.  Together, they go against the grain of what the industry expects—a typical boy band in a solo playing field--The Vx is what music is missing

Since their humble beginnings as teens, Duece and Yiego have worked toward their dream of being a highly respected entertainment group, recognized for their talent as first-rate performers.  The two were introduced in 2005, when a local producer approached Yiego about starting an R&B group. Initially introduced to the group as a dancer, Duece was quickly recruited as a group member and the guys got to work writing music and creating a stir wherever they performed. Through endless rehearsals and training, the songsters developed their own style and sound.  They perfected their moves and honed their craft as versatile entertainers.

With inspiration from musical greats extending from Jodeci to Frankie Lymon, The Temptations, Prince and Michael Jackson, it’s no wonder The Vx sound is so diversified. Still, the duo has managed to maintain their own voice—their very own sound. It’s the sound that has landed The Vx opening performances for award-winning artists and hit-makers such as Ciara, Trey Songz, Miguel, J. Holiday, Tank, Plies and Paul Wall

Today, The Vx is the rising, fresh-face of urban contemporary music.  Their much anticipated album “Puppets” showcases The Vx’s signature style of music, a melodic form of theatrical story-telling coined by the duo as “Raw ‘N B Music”.  The album offers listeners front row seats to a situational drama series, arousing their emotional and musical senses from one track to the next.  It is a segue way into new music and more captivating performances. “Puppets” gives The Vx fans and listeners an introduction to what is sure to be the launch-pad to their success.