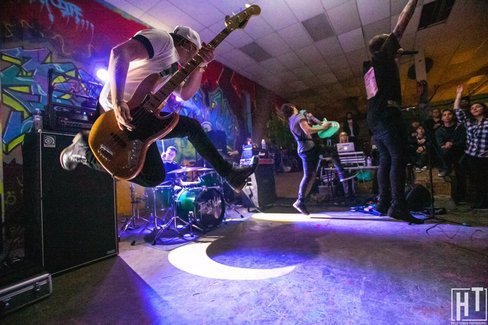 About This Is All Now

It is few and far between that two paths of equal tenacity and fortitude cross to produce another; An original footprint on an already exhausted path. It’s hard not to love an original. This notion defines the objectives of This Is All Now.

Writing and recording their first track ‘Wasting Time’ in just a few short hours, singer Okan Kazdal and guitarist Louie Malpeli knew they created something special. With the addition of drummer Mike Pittelli, This Is All Now is complete.

Following the releases of Supernova EP, Live It Up EP, and their debut full length Nightmare, This Is All Now has just released their fourth studio record, Homecoming. The new album Homecoming was produced by ZK Productions, who have also produced and co-written records for the likes of Mayday Parade, All Time Low, and Cartel.

The album’s lead single ’24 Hour Nights’ features Jason Lancaster and is what FuseTV says is a “Song of the Summer contender!”

The band has had previous successes sharing the stage with acts including Fifth Harmony, Avril Lavigne, The All American Rejects, Against The Current, and Set It Off.

With their fresh sound and insanely energetic live set, a bright future is ahead for This Is All Now.

This Is All Now