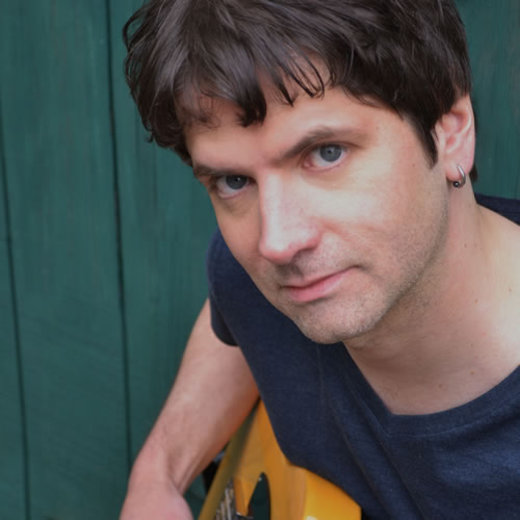 
Todd Mihan delivers guitar charged country rock from the Hudson Valley in upstate New York. "Todd Mihan has all the ingredients that are necessary in order to stand out from the endless competition out there....great playing, vocals, recording/production, killer guitar tones & most of all solid songs." raves guitarist/producer John Platania (Van Morrison, Chip Taylor, Bonnie Raitt).

Todd was born in Memphis, Tennessee and raised in upstate New York. He became interested in music in his early teens when his Dad bought him a cheap acoustic and some lessons at the local music store. Todd recalls leaving a BMX race early one Saturday afternoon to attend his first practice. He never looked back. Throughout his journey, Todd has shared the stage with bands from both the rock and country world including Motley Crue, Gin Blossoms, Jerrod Niemann, Josh Thompson, Blackberry Smoke, Ronnie Montrose, Twisted Sister, Jefferson Starship, Jackyl, Cry Of Love, SR71, Ratt, Kings X, Vertical Horizon, David Johansen and more. Years of woodshedding on his Telecaster illuminate the tracks of his new album. Todd's growth as a songwriter was shown recently when he was selected by American Songwriter Magazine as a finalist in the Josh Thompson Critques Webseries. Todd's song "Whiskey Thunder" went on to win the contest and received a favorable review from country star Josh Thompson, who's songwriting credits include Brad Paisley and Jason Aldean.

In 2007 Todd built a small recording studio where he began writing songs and recording his own demos. After creating 40 plus songs that year, he formed a band and named it Downside Joyride. Todd wrote, produced and engineered Downside Joyride's 11 song album "Long Way Home" at his home studio. The record was later mixed by long time friend and enigineer Milt Costakis at 3 Bays Studio and independently released in 2010. Downside Joyride enjoyed positive crowd reactions with songs that appealed to listeners in both quiet acoustic and full band electric settings. "Long Way Home" is currently available on iTunes.

In 2010 Todd's playing was featured on Tommy Lee's record " A Public Disservice Announcement". Todd became the first person ever to upload a track to the innovative interactive recording website ThePublicRecord.com and was given an Ernie Ball Music Man guitar for his efforts. Todd's submission was choosen from over 10,000 entires to become one of 50 to make it one the record. Todd's riff can be heard on Tommy Lee's song "Talk Me Off The Ledge".

When Todd is not performing with his own group, he occasionally handles guitar duties with local Woodstock, NY legends Professor Louie and The Crowmatix.