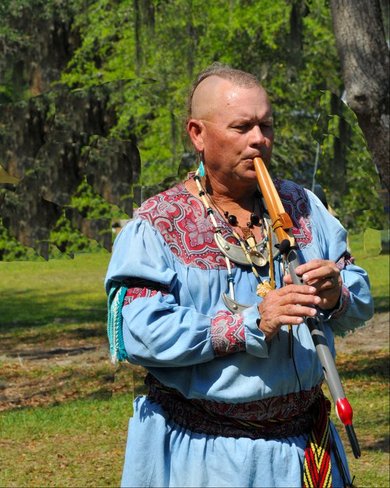 I have playing Native American style Flute Since 1997. Though most of the time I have sat on river banks and out of the way places to play preferably in solitude. I was brought into the pow wow circle in late 2010 and have been getting used to performing in public since then. This is the first CD that I have had the privlege of recording with great thanks to Mike Serio at Sirious Sound studio.

To me the Native  American style Flute is about the spirit within the music. Everyone finds something within the songs. Each flute has it's own personality and often it's own song. Leting the music flow through you is a big part of the experiancee. So close your eyes while you are in some place peacefull and experiance the feelings within the songs. 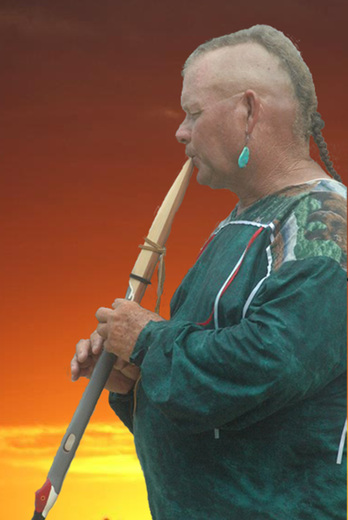