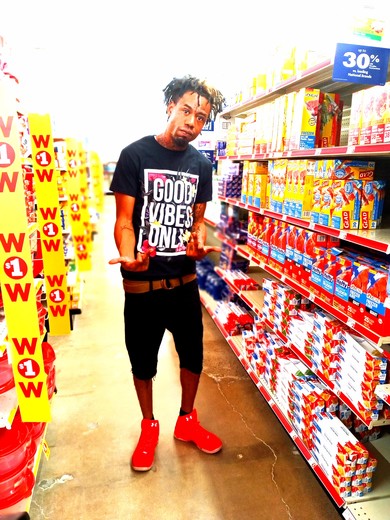 Louisiana's Cainohh Soraw brings together intense and fiery themes of strength, passion, Hustle, Motivation – and sculpts them into pieces that are guided by the foundations laid down by the fathers of old-school and New-Age Hip-hop/Rap Music.

His music can be described as deep empathy stories that take your mind through a journey of introspection with a Infectious Trap vibes while contrasted with Exclusive beats and hooks that keep the listener coming back for more. Stylistically, Cainohh's music echoes influences from some of the greats, notably Master P, Lil Wayne, and Chamillionaire, to name a few.

For Cainohh, music flows through him and manifests itself as a scrapbook. It serves as a journal of all the interactions he’s had with people, moments he’s shared with them, and all the feelings associated with all the experiences life has thrown his way.

Despite being a newcomer to the scene, Cainohh is no stranger to music. A creater at heart, he has been writing lyrics and his own compositions since he was a kid.

2020 looks set to be a busy year for Cainohh, as he prepares his debut EP for release this September. Keep an ear to the Streets for more information.