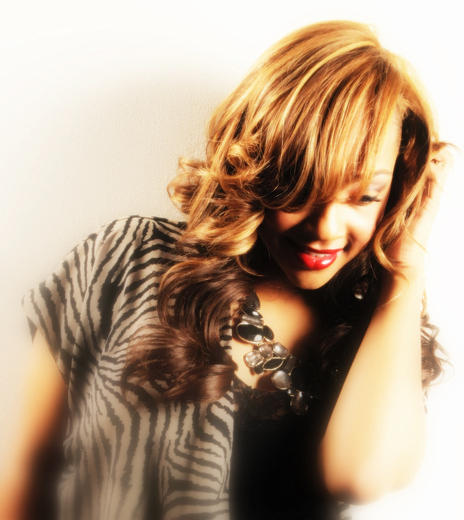 There is the voice: a sweet melodic sound improbably channeled through the heart of a beautiful twenty year old woman of God, meet Adia. Born, Destiny Andrews, in St. Louis, MO, she spent her formative years surrounded by the strong influences of her family, their faith, and their music.

In 1995 at age 4, she sang her first solo. “Church of the Living God Temple I, I will never forget. I sang “I love you Lord today.” “I remember it like it was yesterday.” She stated. “I remember feeling anxious and nervous, but fearless.” “Definitely a feeling I will never be able to fully explain.” Although Adia enjoyed singing at her church in MO, her family would soon re-locate to Chicago, IL where she would begin really honing in on her craft.
In 1998, shortly after her family moved to Chicago, Adia began writing and recording songs. As a child, she already understood what it took to create a great song. Years of witnessing her father create and place great gospel songs definitely influenced her writing beyond what anyone would have ever imagined.

As her style developed, she began performing and ministering through song. She participated in school talent shows, local open mics, and many church events such as youth extravaganzas, revivals, Sunday morning services and annual Christmas concerts. Adia sang from a pure genuine place in her heart, evoking pure emotion and creating an undeniable connection to her audience.

She has recently landed her second major song on Deitrick Haddon’s soundtrack titled “Your Love Holds Me Down,” and the Emerged/Reborn release of “Incomplete” due Spring 2012 and is now anxiously waiting to release her new highly anticipated album from Emerged/Reborn Records,with her first single due this Spring “One Day at a Time.”