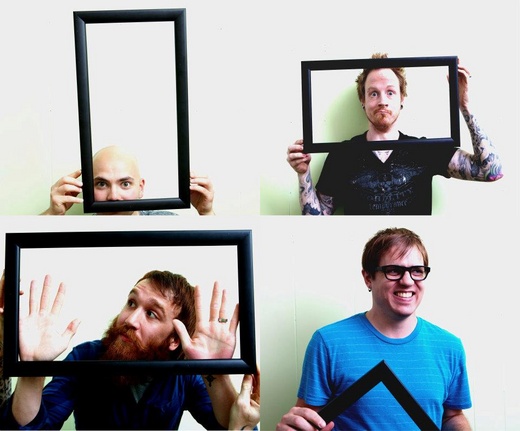 After Z is a story. Like any good story, it has a beginning. In 2005, a boy named Nathan Stauffer started writing a few songs and short stories – exaggerated, even whimsical accounts of his own adventures. He compiled, composed, and created, and in 2009, an album of songs was recorded. Soon after, Nathan sought out the help of his friend Jesse Fellows to bring those songs to life on stage. The two of them began preparing a live show, and joined by a few iterations of other friends, they started playing out in 2010, building a following in their hometown of Youngstown, OH, and in surrounding cities like Pittsburgh, Cleveland, and Akron. In some ways, it feels as though the story is still very much at its beginning; the band is continually developing its sound, adding a bit of an edge to its otherwise ambient style. Now Nathan (keys, vocals, programming) and Jesse (guitars, vocals, tech) have teamed up with Jeff Worona (drums) and Mike Benich (bass, synth) to write the next part of the story, playing some new songs and even updating the old ones with a slightly more energetic and electronic feel.