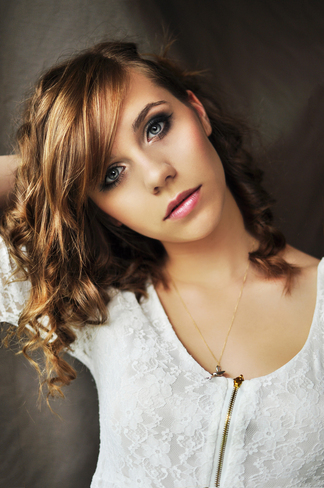 Teen opera sensation and pop crooner Aria Tesolin is a captivating young artist and poet known internationally for her beautiful voice, timeless music and soul-alluring lyrics. Her signature soprano timbre lights up the room with a tasty new breed of original new classics, soft pop and crossover songs with modern attitude and a retro feel. Aria's live performances are known to mesmerize and enchant her audience.  Aria's music is a blend of soft pop and adult contemporary styles.

A respected songwriter and a rising star in Toronto's live poetry scene, Aria's songs bring a luminous emotional appeal from a uniquely evolved perspective. Her music is engagingly innocent and deliciously different - youthful, yet timeless, mellow, yet invigorating, and sophisticated, yet easy on the ears – like a breath of fresh air.

Aria began performing opera in Toronto concerts at the age of 8 with Canada's 3 Tenors and later sang with The Canadian Tenors. After her 14 track popular opera debut album Baby Soprano was released in May 2006 at age 12, she became widely known as the youngest opera singer in the world. 11 tracks from this album have now charted digitally in 13 countries, Italy, Luxembourg, France, Netherlands, Germany, Portugul, Mexico, Japan, Norway, Belgium, Australia and Canada, several in the opera Top 40. Aria's amazing early talent was featured on every major Canadian news and television networks and watched by nearly 7 million YouTube viewers.

Aria was featured in A&R Tip Sheet in Aug. 2011. In September she was named Best Vocalist of the Month on Singer Universe.com. She has also been selected for the Toronto Independent Music Awards.

In Nov. 2011 Aria was nominated in 2 categories for the 2012 Toronto Independent Music Awards.

Her singles Dolce, The Key and Now That I Know have been released to radio and uploaded in 17 countries.

Since March 2012, Dolce has skyrocketed up the Official European Indie Chart for the fourth month holding steady at #2 and nearly tied for #1 (While all the other #1's have come and gone...this one keeps popping back up) and playing on 700 radio stations across Europe and Canada.

In the artist's own words: "I get inspired to write when I listen to music and poetry, but I mostly draw my inspiration - as every artist does - from everyday life and experiences. These experiences may not belong to me, but they belong to someone, and from this knowledge a song will begin to grow.” 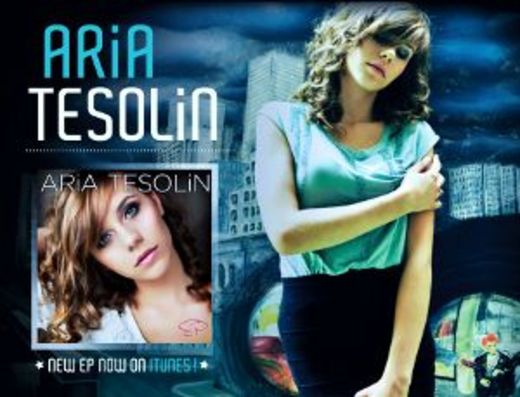