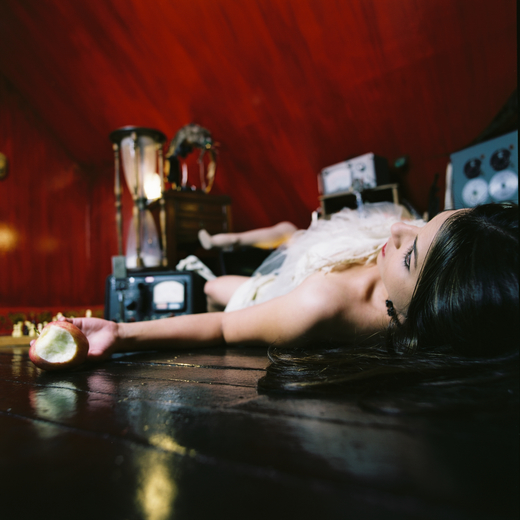 Into the Presence is:

Into the Presence was formed in 2008, originally as a vehicle for a solo Album by session musician and songwriter Luis Carlos Maldonado.

Maldonado’s credits include performing and writing with such artists as John Waite, Train, Glenn Hughes, Pat Monahan, Anna Nalick and in Feb 2011 co-wrote “Rough and Tumble” with John Waite, where it debuted at #1 on the classic rock charts.

Encouraged by friend and musician Tim Alexander (ex-Primus) who co-produced the album with Maldonado, the recordings took place in Alexander’s private studio in Jerome, AZ.

Sisters Paz and Ana Lenchantin would contribute to the self titled Album, in which Ana would later become a core member of the group.

Ana Lenchantin is known for working with numerous large acts such as Trent Reznor from Nine Inch Nails, No Doubt, Rihanna, Gnarls Barkley, Brian Wilson, 30 Seconds to Mars, Train and many others..

It was after the mixing of the album when Into the Presence had formally become a group. The name of the band originated from Maldonado’s “ghostly” experiences in and out of the studio during the time of the recordings.

After the band’s 1st Album was released, they toured extensively and played festivals throughout the U.S. and Canada, at the same time building a good number of positive reviews for their live performances and Album.

The Washington Post gave the band a 4 star strong review, calling the bands 1st album “suplerative progressive rock and one of the best rock albums of the year”

Guitar World magazine and several online mags and blogs welcomed Into the Presence in the music community with open arms.

Current Members Luis Carlos Maldonado, Ana Lenchantin, and Morgan Young have been writing and working on a powerful, updated, and focused ITP record. With many of the industry’s who’s who taking notice, there is no doubt the band with be making a major impact with their 2nd and most energetic and powerful upcoming Album.

.  You can catch up with the group at these official sites: