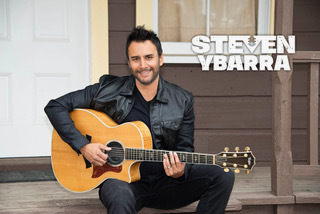 His last CD What I Really Want to Say debuted in the iTunes Top 100 Country Chart. Ybarra won the Durango Songwriter’s Expo for the song “Sum of Two Hearts,” his song “Stand” reached the Top 10 on Best Country Radio, and he was awarded four San Diego Music Awards. He is a member of the Country Music Association the Academy of Country Music. Steven Ybarra tours nationally and has been featured with Frankie Ballard, Eric Church, Darius Rucker, Carrie Underwood, Shania Twain, Gavin DeGraw, and many others.