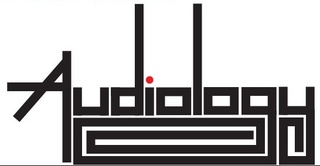 Formed late in 2006, Audiology has been groovamatically playing in and around the Bay Area to enthusiastic and growing audiences. Iris, drummer Miquan—also known as Q—and guitarist Antonio had known each other from a previous venture a couple years before, but it wasn’t until Antonio stumbled upon a lone flyer in the UC Berkeley Music Department that bassist Neil entered and completed the equation, the sum being awesome tunes.

Initially learning and arranging some of Iris’s already written songs, Audiology very quickly and naturally transitioned to writing music as a band, each musician giving and taking with an organic synergy that can be felt both in the songs and during their live performances. Often during rehearsals, band members are conscious of giving the others their musical space while simultaneously being present and assertive themselves.

Antonio, Neil, and Q have all played jazz at one time or another, experiences that inform their abilities to dialog with and respond to each other during rehearsals and, particularly, on stage in real time. Iris acts as a lens, focusing and magnifying her rhythm section into memorable songs.