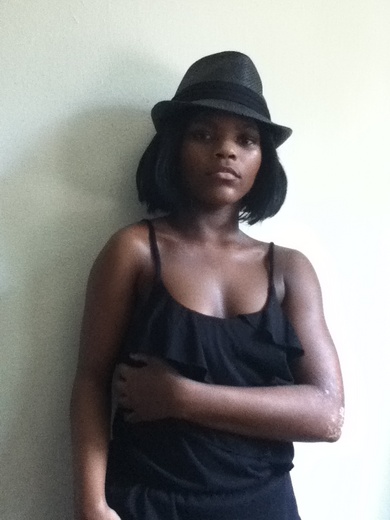 Leshai is an established singer, songwriter, and dancer from Peoria,IL. At only 15, Leshai is already an accomplished musician that is ready to make her mark on the entertainment world. Leshai's career began at the tender age of four. At the age of four, Leshai began imitating the musical styles of music icons such as Britney Spears, Beyonce, and Michael Jackson. At age nine, Leshai began writing lyrics and arranging melodies to her own songs. Leshai began perfecting her vocal talent by singing in school pageants and the church choir. After receiving much praise and encouragement from her family and peers, Leshai decided that a career in music was becoming less and less of a hobby and more of a deep rooted passion. After several years of dedication and hard work, Leshai decided to expand on her musical talent by exposing her talent on the web. In March of 2011, Leshai debuted on YouTube covering Brooke Hogan's "Everything to Me." In only a few weeks, the video received much acclaim and received a total of 73 views. Two months later, Leshai released her second video. This time, Leshai upped the ante by covering Britney Spears', "Baby One More Time." Leshai saw much success with this video and received a total of 83 views. While Leshai's talent may consist of strong vocal range and intense writing skills, Leshai's talent can also be seen through her dancing. On June 8, 2011, Leshai released her first dance video on the web. Leshai cheoreographed her own unique dance steps to Beyonce's "Get Me Bodied." In one week, Leshai's dance video received 126 views and earned her seven YouTube subscriptions. Leshai's talent and overall popularity has not only aided to her becoming successful on YouTube, but on other sites as well. On lafango.com, a website based in India that hosts online talent, Leshai has earned over 1400 page views, and a collection of new fans. In such a short period of time, Leshai has earned much success both domestically and internationally. As an accomplished singer, songwriter, and dancer, Leshai's talent is definitely one of a kind.