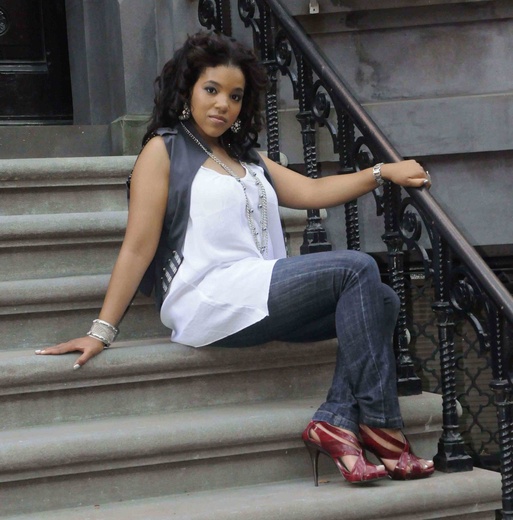 Singer, songwriter, producer, engineer & vocal arranger, Chantel Hampton, began her musical venture as a songwriter at the age of 7 years old.  Chantel, was know for carrying a black & white composition notebook everywhere she went, full of thoughts, ideas, song titles, and dreams. For several years, Chantel spent hours upon hours perfecting her ability to her heart and the heart and thoughts of others to paper. Due to this diligence and dedication to nurture her craft, Chantel won The Berklee College of Music National Songwriting competition two years in a row. At the age of 17, Chantel developed a keen interest for the technical aspects of songwriting and production and began to do her own engineering and vocal arrangements. With great determination and passion for music, Chantel made the decision to graduate from high-school as a Junior and pursue her music career.

She received a full-four-year Scholarship to Berklee College of Music, where she recently graduated with a Bachelor’s Degree in Music Business and Management.  Ms. Hampton has had the opportunity to write, engineer and arrange music for Orpheus/Universal and Bishop T.D Jakes. She has also written and co-produced for several independent projects. Hampton is the winner of VH1 Songwriting competition and winner of BET’s Wild-Out Wednesday competition.

In 2009, Chantel met songwriter, Francheska Montilla and the two decided to join forces and start a writing and production team, ChannelFM. They have teamed up with several producers & songwriters such as Hannon Lane (Timbaland, Missy Elliott, Rihanna, Florida), Wirlie Morris (#1 Billboard R&B “You Are) etc. to create a reel of radio ready hit music.

In 2011 Hampton and her family founded non-profit record label Signature Music Design, which is a label designed to be a resource for musicians and artists who support charity and who want to give back to their communities. Within a year they have gained worldwide recognition from industry professionals and have partnered with charities such as NBA All-Star and Boston Celtic Ray Allen’s “Ray of Hope Foundation”, Author and Evangelist John & Lisa Bevere’s Pearl Alliance, Amirah Boston & Open Arms Ministries Food Bank (Orlando Flordia). They are spearheading a movement that will change the face of the music industry for the better.

Hampton thrives on mentoring and educating up & coming young talent and she does so on a daily basis. Her vision is to pass the torch to other young musicians that will uphold a standard and keep the legacy of great music alive.