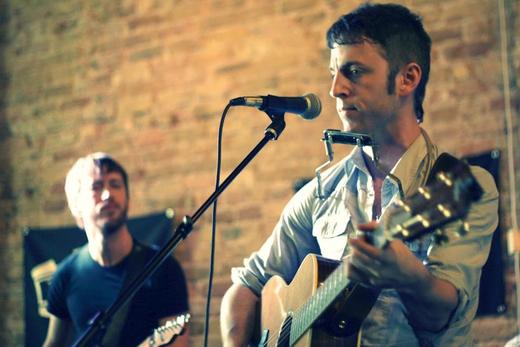 The origins of Runaway Dorothy can be traced back 5 years as a no name side project of another band. At the time, Dave was a keyboardist in a band that did not need or want another songwriter. It wasn’t until Dave met North Carolina’s own Ryan Adams of Whiskeytown by chance, that he garnered the confidence to quit the band and pursue his own music. Just like Bob Dylan’s life changing moment when gorgeous George Wagner told him “You’re making it come alive”, Dave Parnell got his life changing moment and he was finally able to make his music come alive.

Combining newly gained confidence with a cohesive sound that mixes alternative rock with country’s heartbreak and harmonies. The bands critically acclaimed debut full length album recorded in Nashville, is filled with heartfelt tunes through the melancholy voice of David Parnell.

From raucous busking sessions in the subway to the rooftops in Brooklyn to the star studded famous Manhattan venues, they have the uncanny ability to capture audiences small and large, transient and still. Runaway Dorothy is a band that wears its heart on its sleeve while proudly brandishing the foot-tapping, ear-pleasing sensibilities of its southern roots. Runaway Dorothy possesses both the assurance of seasoned performers as well as the charm of four boys genuinely excited to be doing the thing they truly love.
« View This Artist's Complete Profile
Connect with OurStage: Facebook Twitter YouTube FourSquare Newsletter RSS feed
ADVERTISEMENT
?Need help?
Copyright © Amazing Media Group  2006-2022
p
A
n
E
F
Song Title by Artist Name
987654d
LM
iAnEAqqqq