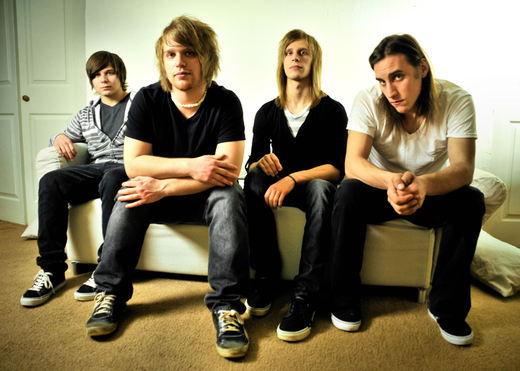 Call To Attraction (C2A) is a pop/rock/alternative band based out of Pittsburgh, Pennsylvania. Ryan Wood (Lead Vocals/Guitarist/Songwriter) formed the group in mid 2008 with his brother Dylan Wood (Drums/Vocals). “My signature is combining catchy melodies with tight harmonies in every single song.” says Ryan. Memorable songs and a strong rhythm section solidified the name Call To Attraction in the Pittsburgh music scene. Through many line-up changes, the band came together with members, Josh Perrone (Lead Guitar/ Vocals) and Joe Mahoney (Bass/ Vocals). Together, the four members put on an amazing live performance and have the audience singing their songs well after the show.

Call To Attraction’s newest EP, "What Comes Next", has sky-rocketed the band’s popularity nationwide. The 4-track EP, released on February 20th 2012, showcases C2A’s unique and addictive songs for listeners of all ages. This EP was recorded and produced by Zack Odom and Kenneth Mount (ZK Productions) in Atlanta, GA. These fantastic producers have worked with bands such as Mayday Parade, Cartel, Every Avenue, All Time Low and We Are The In Crowd. This release is a follow up to This One's For You (Jan '11), Shout It Out (Jan ’10) and Something Like This… (Jan ’09). All albums are currently available on iTunes. Various tracks from all releases have made it to regular rotation on 105.9 The X in Pittsburgh and many radio stations across the country.

The future is looking extremely bright for Call To Attraction! “The best part about playing in this band is seeing the excitement and happiness our music gives to people. That is what makes this worth every second.” Says Ryan Wood.
« View This Artist's Complete Profile
Connect with OurStage: Facebook Twitter YouTube FourSquare Newsletter RSS feed
ADVERTISEMENT
?Need help?
Copyright © Amazing Media Group  2006-2023
p
A
n
E
F
Song Title by Artist Name
987654d
LM
iAnEAqqqq