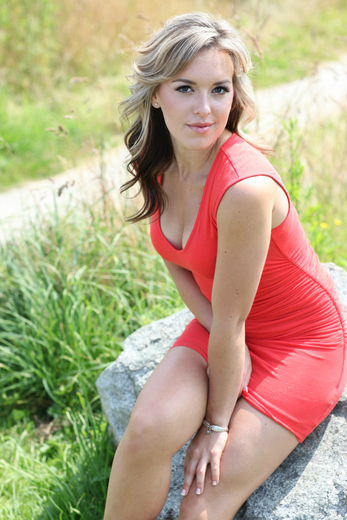 When Bobbi Smith sings, what comes out is the achingly pure heartbreak and joy of country music. She captures its’ timeless essence, and makes true believers out of her audience.

Bobbi Smith is a serious artist who can already be considered a seasoned veteran of the music industry. Bobbi has preformed on stage at GM place with SHANIA TWAIN, with SHANIA singing backup!

With a recording career that spans a decade, Bobbi’s last single was her seventh consecutive single to make the national BDS charts. “Sorry”, “Eternal”, “Up”, and “Ready To Fly” all made a strong impact at radio, with “Always On My Way” charting at #17, her most successful single to date. She garnered CCMA nominations three consecutive years for ‘Independent Female Artist of the Year’…..quite an accomplishment for a newcomer, considering that the nomination is based solely on radio airplay. As well, Bobbi received BCCMA nominations for ‘Female Vocalist of the Year’, ‘Single of the Year’ and ‘Entertainer of the Year’, and took home the prestigious BCCMA ‘Female Vocalist of the Year’ three years in a row!

Bobbi’s live performance credits read like a who’s who of country music, having opened for acts like Brooks & Dunn, The Nitty Gritty Dirt Band, Chris Le Doux, Brad Paisley, Tim McGraw and Terri Clark. She’s performed at many of western Canada’s biggest festivals and fairs Merritt Mountain Fest, Calgary Stampede, toured with Don Williams, and electrified thousands with her performance of the Canadian and U.S. anthems, at a handful of Seattle Mariner baseball games.

After taking some time out from the industry to catch her breath and do a little growing up, Bobbi is experiencing a rebirth for her love of the craft and the gift, bringing a new focus and hard-won maturity to her career. She’s ready to immerse herself in her life’s passion as a true artist: singer/songwriter. She's putting together an album that’s “me from start to finish, every note, every word”. To that end, she’s heading back into the studio with a new collection of her own songs that cover every nuance of emotion. On the outside, this is a young artist with rare poise and polish, on the inside, an old soul with uncommon depth. She’s beginning the next leg of her musical journey…..and she couldn’t be happier.
« View This Artist's Complete Profile
Connect with OurStage: Facebook Twitter YouTube FourSquare Newsletter RSS feed
ADVERTISEMENT
?Need help?
Copyright © Amazing Media Group  2006-2022
p
A
n
E
F
Song Title by Artist Name
987654d
LM
iAnEAqqqq