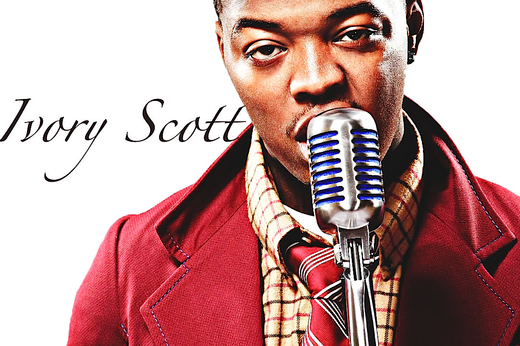 Too many of today's artist strive for that “IT” factor referred to as swag. Unfortunately, the quest for swag is too often at the expense of sacrificing the one sustainable thing that defines a true artist...Talent! Style over substance will never be a dilemma when it comes to assessing the musical talent of the artist, known as ZEN-Q. Why it is true, that Swagger is the sought after endorsement of the moment; especially for young artist. Swag is no match for the Je'n se quoi, of charisma. The name ZEN reflects the intuitive persona and the natural flow of his melodic singing voice. Equally important, is his ability to write songs with enlightened lyrical simplicity; thoroughly exploring an array of topics that delve within life’s complexities. The “Q” represents the embodiment of quintessential essence, a universal appeal and charismatic presence. This element of charm is a trait that many desire but few possess.

Born Ivory Unique Scott IV, ZEN- Q was destined for greatness. The seasoning of the urban South-side has afforded ZEN wisdom far beyond his years. He has a profound consciousness of community service and legacy. As a result ZEN is dedicated to positively impacting all within his influence. This 6 foot 4 inch 22 year old Chicago, Illinois native currently resides in Atlanta, Georgia. Despite ZEN-Q’s efforts to live drama free, his very being generates curiosity and excitement whenever he appears. For this reason, diverse audiences are immediately captivated by the ZEN -Q experience.

Amongst his many natural and cultivated talents ZEN is also a gifted athlete; winning awards and scholarships for both football and boxing. ZEN began singing at the age of 8 he knew then that music would be his passion forever. It was at the age of 11 that ZEN’s Grandfather, also a musician and member of the singing group” The Humming Birds” gave him his first guitar. ZEN later taught himself how to play keyboard and the pianoeventually, hemastered all three instruments. In true ZEN fashion, song writing became both a part of his evolutionary progression as an artist and the framework for his music.. Writing was also ZEN’s way of communicating the inner monologue of his intimate thoughts. Most importantly, this form of expression is whatgarnered his ability to appeal to varied audiences.

ZEN-Q continues to impress top notch producers like; Jimmy Deer, Stlyz Keys Blaq Smurf, AJ Encore, R. Leslie. Sean Mag ,Ty -Twenie and others with the depth of his musical insight. His understanding of the technical, artistic and the business aspects of music is unparalleled with his disciplined work ethic. Yet, another dynamic that sets him apart from many. Some of ZEN’s musical influences are; Frankie Lymon Eddie White, Baby Face, Kanye West, Tim Mcgraw, Boys to Men and Celine Dion. ZEN-Q has performed as the opening act for artist like; Jarule and Muziq Soulchild. His first album “Running Out of Paper”… is coming soon this album
« View This Artist's Complete Profile
Connect with OurStage: Facebook Twitter YouTube FourSquare Newsletter RSS feed
ADVERTISEMENT
?Need help?
Copyright © Amazing Media Group  2006-2023
p
A
n
E
F
Song Title by Artist Name
987654d
LM
iAnEAqqqq