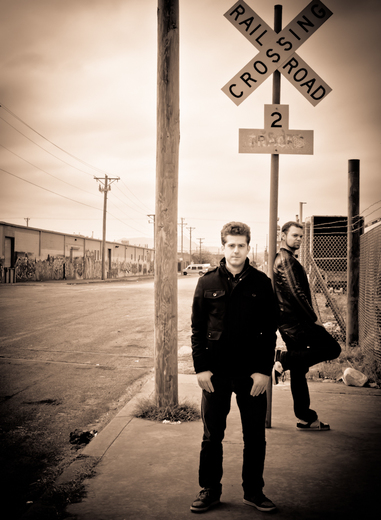 A front man who won the Summerfest Pepsi Talent Search performing an original song at age thirteen: that´s Ian. A stellar rhythm section with harmonized backing vocals: that is The Dream. In 2008, Ian & The Dream garnished an already impressive reputation, securing national management and a steadily increasing audience in the Midwestern U.S. Competing in the nationwide Bodog Battle of the Bands, Ian & The Dream wowed judges coming in first place over twenty-four bands in two rounds of shows in their hometown, Milwaukee.

Ian & The Dream established their name outside their hometown, defeating several Chicago bands at the Metro in the next round of competition, and made the front page of their hometown news outlet, the Waukesha Freeman, prior to their performance at the House of Blues. "Those were great gigs, yet what´s important is what´s happening now" Ian told The Freeman. The band took to the studio, the results of which have delighted several professionals in the music industry. Butch Vig (record producer/drummer) says the band´s song Anna Belle is "a catchy tune." Grammy nominated music video director Thomas Mignone says Ian & The Dream have "great songs that will definitely be on a record someday."
"When the neighborhood kids were playing outside, I sat inside dissecting Beatles songs," Ian joked. The Beatles have been the greatest influence on the band´s sound, and as others have noticed, Ian & The Dream has an arresting, immediately recognizable sound as the Fab Four did. Also like the Beatles, Ian & The Dream can play a piano ballad or a hard rocker and still sound like the same band. Ian graduated from Carroll University with a Bachelor´s degree in Music, and is now thrilled to be exclusively devoted to Ian & The Dream. Bassist Chivo has been playing with Ian since the eighth grade. Chivo´s dynamic personality in the band is exemplified through his simultaneous love of metal music while performing in what is essentially a pop rock band. Drummer Dan Budziszewski joined the group in 2010. His rudimental prowess behind the kit is augmented by his charm and sense of humor.