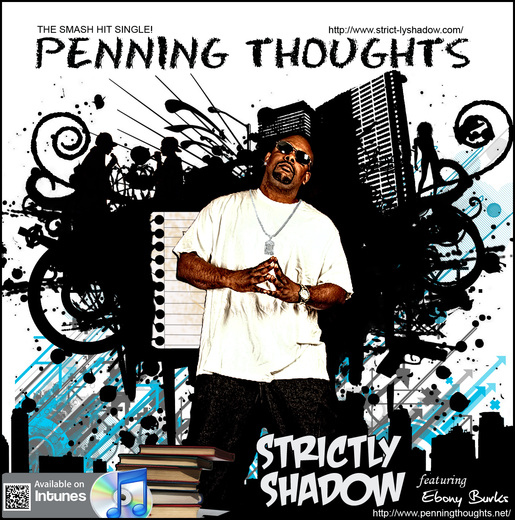 Hip-hop artist strict-ly shadow from queens, N.Y. now residing in the “DMV” area  has been compared to artists from 2pac to Lupe fiasco. Straight flow, savvy entrepreneur, strong hustle, cool swagger and high energy is what Strict-ly Shadow brings to the table

He eventually created a formula that seems to perfectly fit his persona. You can't listen to his music without being affected by his brutal pain dealing with life’s ordeals he has had to face and his all-around focusing subject matters about the contrast between the light in our lives and the darkness that sometimes eclipses it.

His words are very strong and passionate you can see the visions and the pictures he creates through out every song.

Strict-ly Shadow has collaborated with varies artist on different projects.

In 2011 Strict-ly Shadow has already proven to be a great performer, his plans to increase his awareness’ dramatically with the release of his catchy new single

That can be found on D.J.  green Money Talks mix-tape

S.Shadow also released a single called My Everything

Strict-ly shadow has reached his fans across the globe

Shadow has also managed to create his brainchild project

The site is now open

Strict-ly shadow’s determination and drive can place him

With the best of the driven artist today.