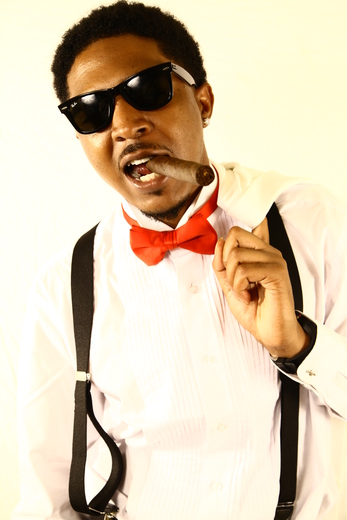 He has been called "the redefinition of southern Hip-Hop"  and been compared to artists such as Drake, B.O.B. and T.I. Cerioso is helping to bring lyrical rap back to the south. With his impressive flow, skillful wordplay, and smooth southern drawl, he is a perfect hybrid of what Hip Hop fans want. His blend of catchy rhymes and punchlines with a sometimes aggressive delivery guarantees he’ll catch and keep your attention.     Born in Greenville, Ms and bred in Memphis, Tn, this 25 year old wordsmith is changing the look and sound of Memphis Hip Hop. He begun his career as a producer and battle rapper, honing his craft by working with a number of Mississippi artists. After getting some acclaim in his hometown he moved to Memphis in 2005 to start seriously pursuing his career as a rapper.      Cerioso's debut mixtape project "Now HERE Is a Mixtape" was released in August of 2011. Rapper I-20 of Ludacris' Disturbing the Peace took hosting duties on the tape. During the process of recording this project, Cerioso launched a viral video freestyle series that begun to build an unexpected buzz landing him on the front pages of a number of  Hip-Hop blogs, national and international.         Cerioso is now preparing to embark on the second phase of his career. He is currently in the process of completing his next project, an EP entitled "So Close To Nowhere", a musical diary revealing the ups and downs of his first year in the music business.      Be on the lookout for Cerioso. He is bringing the "art of 16 bars" back to the bottom of the map.  For more information on Cerioso, log on to www.Cerioso.com  . For features, interviews, etc,  email CeriosoMusic@gmail.com .