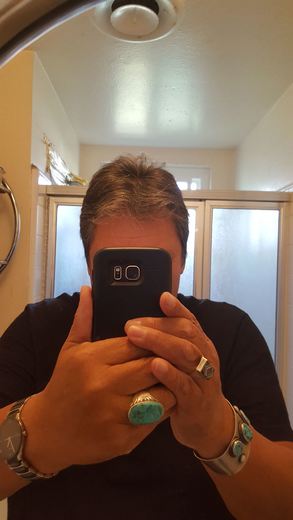 Hello eveyone my name is Ed Luna. The first 18 years of my life were spent in Compton, California. Being raised in the sixties, needless to say I listened to alot of soul and r&b. And yet I was a Beatles fan as well as early British Rock. So as a writer when appropriate I try to combine the two styles. I like to write commercial music with substance. Did my first gig at ten and never stopped. I did my first road gig in Alaska at nineteen. Don't ask me how it went, can't remember. Later I played with Side Effect and The L.A. Boppers. The latter is when I first started writing. I co-wrote "In the Meantime" which is sung by Miki Howard and "Boppin" which features a trombone solo by Wayne Henderson,
( you can hear these song by going to Vance Maddog Tenort on myspace). So if you have a free moment relax and give my music a listen. I am playing all parts either by way of guitar,vocals, percussion, or keyboards. "In the Muddylands of New Orleans" was written about the devastation of hurricane Katrina and "Sister" is a personal apology to my sis who suddenly died without us being able to resolve some issues. I miss her. Finally, I want to say that music can be a powerful tool. And when done right it can change minds and minds can change the world ...... for the better! Peace
« View This Artist's Complete Profile
Connect with OurStage: Facebook Twitter YouTube FourSquare Newsletter RSS feed
ADVERTISEMENT
?Need help?
Copyright © Amazing Media Group  2006-2023
p
A
n
E
F
Song Title by Artist Name
987654d
LM
iAnEAqqqq