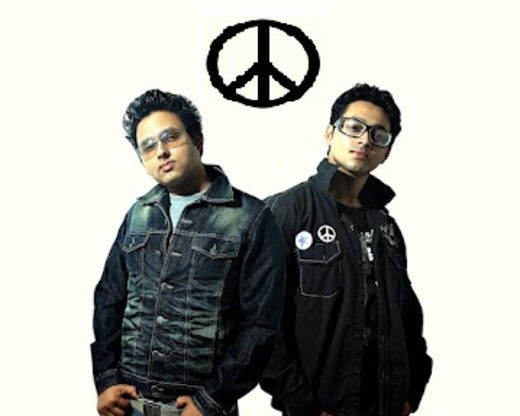 Formed in this year 2012, they come together with their thoughts of oneness and unity (colourful fusion), addressing themselves as 'Anavadya Atma' (soul free from envy) the name of their upcoming debut music album..

"AHHIRANN" means "Metal Base" - strong in binding the emotions and feelings of the human race (being united) at one place and calling ourselves "ONE".., building up in the growth of a better future.. The thoughts are also strongly implemented in their music as the band brings out their music of different genres like Rock(Sufi/punk) , Indian Classical/Fusion. Indian Folk Rock & Metal Rock in their songs , their fans all across the world calling them the most versatile Rockband of INDIA.

Years have passed by with much felt desire for common faith. As every one is caught in this fight to live, and fear to get drown in mystical lands that has no promises. So many religions, cultures and beliefs that exist, few may be well-known but many we haven't come across.There are many different interests that we may think of, but what we must not forget is the blood bestowed in all and will remain same. 'ITS' strength, colour and power will still have its importance as to set us alive.

“it’s a soft treasure I have saved in my hands for all of you,but need for us to capture it with one’s eyes, as I can’t hold it for long with these hands of mine without you, we need to bring togetherness and each hands add to our chain of desire for peace & harmony , can be a pias feather to remove the stains of hate.”

Time has come to walk together on the path of true passion . if we could sail in this ship of desire for our trust , love and unity , let’s be ‘anavadya’ , lets be a ‘soul free from envy’ entrust your belief and enthrail yourselves with love & desire for peace.
Band Interests
Thoughts of oneness,colours of music for"PEACE, UNITY & HARMONY"
« View This Artist's Complete Profile
Connect with OurStage: Facebook Twitter YouTube FourSquare Newsletter RSS feed
ADVERTISEMENT
?Need help?
Copyright © Amazing Media Group  2006-2021
p
A
n
E
F
Song Title by Artist Name
987654d
LM
iAnEAqqqq