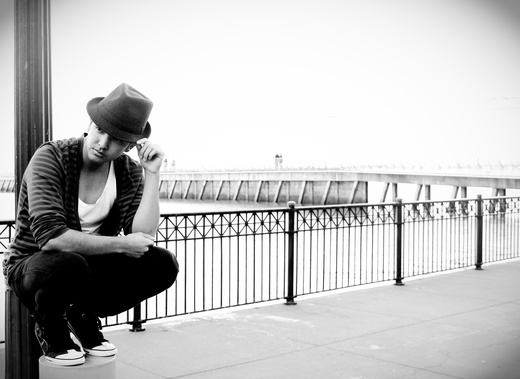 Born and raised in the Bay area, Tito Knight was always a natural performer. Raised in a Christian household, he always performed in church in both English and Spanish. Growing up in an already musical family, (Mother is a singer and Father was a guitarist), Tito picked up his first violin at the age of seven and started to dive into the world of classical music.

Tito Knight, also known as Joshua Eliud Herrera (nickname Tito came from his Mother after calling him “Chiquitito” from a young age), won positions in orchestras such as the Marin Symphony Youth Orchestra and The California Honor orchestra. Achieving success as a musician at an early age, he sought opportunities to perform in singing groups while in High School. He joined the San Rafael High School Jazz Choir and the award winning High School acapella group based in Marin, ‘Til Dawn, which opened for Boyz 2 Men. Since, he was the only Latino to participate in these singing groups, he always out stood with his unique sense of musical versatility. Hence, he sung the national anthem for the Raiders game and The Giant’s game in his high school years.

Tito always stressed the importance to be a role model for young Latinos trying to pursue music as a career. He was blessed with the gift for perfect pitch, and was then awarded the High Music Award and has been a vocal teacher to young Latinos in the bay area. He portrays a strong advocacy for music education for young Latinos. He is currently working on new music, new repertoire, but most importantly, Tito hopes his music will not only entertain people, but will also tug on the heartstrings of his audience.
« View This Artist's Complete Profile
Connect with OurStage: Facebook Twitter YouTube FourSquare Newsletter RSS feed
ADVERTISEMENT
?Need help?
Copyright © Amazing Media Group  2006-2022
p
A
n
E
F
Song Title by Artist Name
987654d
LM
iAnEAqqqq