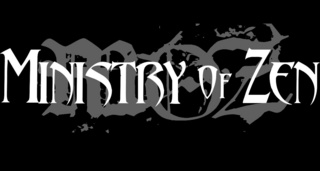 Redefining the shape of new music, Ministry of Zen takes their cues from decades of great hard rock music while infusing modern radio rock influences to produce something undeniably fresh. This dynamic 5pc. Project writes nothing but guitar-driven, melodic songs that gets fans singing along even when they don’t know the words. The Band’s “real rock” sound is enhanced with clever harmonies, and is rife with both vocal and instrumental hooks. Ministry of Zen is a band that cannot be ignored.

Lead by the powerful and range less vocals of Front Man Doug Robb, recognized as being among Canada’s premier vocalists, song lyrics tell real life stories that resonate strongly with rock music lovers. The Rhythm section of Kurtis Pete Gear(Drums) and Grady Baker (Bass) are so solid and in sync that these “Brothers by Different Mothers” could have been separated at birth. The vocal harmonies of MOZ are contributed by elite guitarists Alex Moore and Doug Robb who trade catchy and creative hooks continuously driving the band to ever greater heights.

Committed to capture their live sound with their recorded product, Ministry of Zen entered Mole Studios in the Fall of 2007 and engaged the visionary mind of Producer/Engineer Rainer Weichman. Some 6 months later, MOZ emerged with the results they had been hoping for, and their debut album, “Unanalyzed” was complete. Said Robb “We went into this whole process wanting to capture our live sound and we are extremely pleased with what we got. So many bands today use fill in musicians, samples, and other gimmicks and then leave fans disappointed when the live music doesn’t come close, and we just aren’t about that”. What you hear and what you see is exactly what you get with Ministry of Zen; inspired music you can really rock out to.

Armed with their new Album, Ministry of Zen is now on a collision course with destiny as they bring their MASSIVE LIVE SHOW to ever further reaching markets. 2009 included the release of their first single to commercial radio, a summer cross-Canada tour and taking the stage night after night to win real music lovers. If you do nothing else this year, check out Ministry of Zen and become a fan for life.