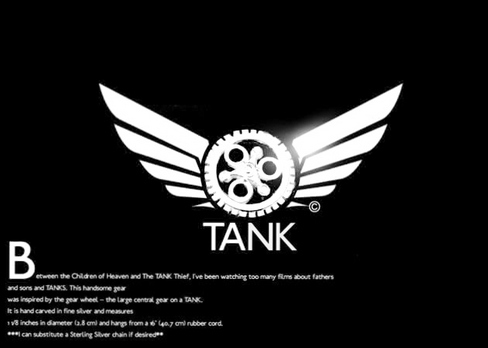 Tank Law M.M.F aka Blak Angel born in Tyler, TX but raised on the SouthWest side of Houston where he would begin his quest to be the biggest mogul ever. With hiz epic flow paying homage to his daily life, the balance of family, and the grind of the streets, he is making a major push to put his new entertaintment company Messiah Empire Inc. (M.E.I) / God Fearing Gangsta Publishing (G.F.G) / Messiah Mobb Family (M.M.F) world wide names. M.E.I is the new up and coming entertainment company icon of the future. "We range from managing artist, song writing, also marketing and promotion.  M.M.F was the 1st group signed to this company consisting of (Tank Law, Wicked Law, Redrum, D.J Hustle Sity, and Main Maine). "M.E.I will be the biggest movement in the industry ever."  Tank Law’s lyrics take you through the true life of a king, being a father, hustlin and having money, running a independent label to the badd times of snitches, death / incarceration of friends / family, also struggles from being in the industry. Tank Law admits “The transition from the streets to this music is hard, but anything worth having is". "My goals for my music or anything i do is to feed my family, everything else would be a blessing from the most high". Currently Tank Law jus shot his first video (MMF 21 Gun Salute) Tank Law iz about to release his 1st project off Messiah Empire Inc. "More Than Magik" Mixtape featuring the hit street single "I Got My Sity on Me" this fall, followed by his December release of "The Blak Angel Album". U kan find Tank Law online at / WWW.MESSIAHEMPIRE.com / http://tanklawmmf.tumblr.com/ @TANKLAWMMF / @MESSIAHEMPIEZ / Youtube.com/user/MESSIAHEMPIREINC / contact info. MESSIAH EMPIRE OFFICE # (713) 909-0509 or SANTANA@MESSIAHEMPIRE.COM / Let The Almighty Messiah Empire Reign Begin!!!